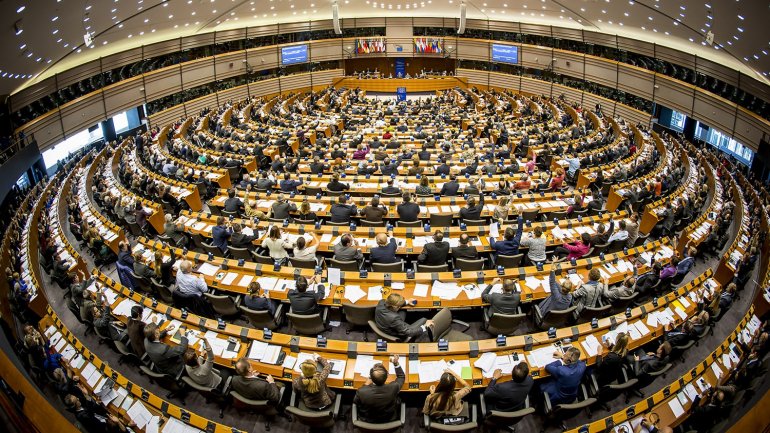 The European Parliament proposes new ways to intensify EU relations with Ukraine, Georgia and Moldova ahead of the Eastern Partnership Summit on 24 November.

Ukraine, Georgia and Moldova are working hard to forge closer links with the EU, in spite of strong resistance from Russia. They already benefit from visa-free travel to the EU as well as increased commercial opportunities thanks to free-trade agreements.

A new Parliament report is now calling to deepen this collaboration further and find new ways to support the countries on the EU’s eastern borders. The own-initiative report has already been adopted by the foreign affairs committee and will be voted on by all MEPs during the November plenary session in Strasbourg. The main focus is on Ukraine, Georgia and Moldova, three countries which have recently achieved major progress in the cooperation with the EU.

Topping the list of recommendations is the establishment of a trust fund for Ukraine, Georgia and Moldova. The trust fund is a development tool for quick and flexible EU response to crisis and post-crisis situations. It would pool resources from public and private donors for investment in projects aiming to improve socioeconomic structures.

The committee also recommends increased support for economic reforms and upgrading the current partnership as a way of rewarding progress on EU-related reforms by partner countries. This upgrade could provide access to the EU's customs or energy union, for example.

Lithuanian EPP member Laima Andrikienė, one of the authors of the Parliament report, said: “The creation of an Eastern Partnership Plus model for associated countries with the possibility of a future membership in the customs, energy and digital union is crucial."

These measures add to the structures and projects for cooperation and development in the region already in place by the EU. The proposal emphasises the need to maintain pressure on Russia to resolve the territorial conflicts involving these countries. This is particularly relevant at the moment as the EU sanction towards Russia will reevaluated in January 2018.

Existing ties to the EU

The Eastern Partnership is a framework for collaboration between the EU and eastern neighbours Ukraine, Georgia, Moldova, Armenia, Azerbaijan and Belarus. Since the launch in 2009, the political context has changed dramatically, according to Andrikienė.

“The changes are due to the military aggression of Russia against Ukraine in 2014, the annexation of Crimea and continuing occupation of Eastern Ukraine by Russian proxies, as well as Kremlin-steered frozen conflicts which remain unresolved in Moldova and Georgia," the MEP said.

She added that despite “Russian meddling” Ukraine, Georgia and Moldova, three of the partner countries, now have association agreements with the EU and free trade agreements through the Deep and Comprehensive Free Trade Area.

German S&D member Knut Fleckenstein, one of the other authors of the report, said the partnership was about much more than just signing agreements:  “The objective is to build trust and promote cooperation between all partners in order to achieve concrete benefits for the people, such as respect for fundamental freedoms, better living standards and prospects for the future, facilitation of people-to-people contacts.”

To boost the progress of these countries, the proposal by the foreign affairs committee will be put forward to the Council, the Commission and the European External Action Services for consideration at the upcoming Eastern Partnership summit on 24 November.

“We have to ensure that the outcomes of the summit are concrete and dedicated to the long-term investments and well-being of people in the countries concerned. EU support for economic reforms are of very high importance to the citizens," said Andrikienė.

Her colleague Fleckenstein added: “A successful Eastern Partnership must reduce socio-economic disparities and corruption, better connect the participating countries in the areas of transport, infrastructure and energy, allow for visa-free travel for short-term stays and increase opportunities for educational exchanges and people-to-people contacts.