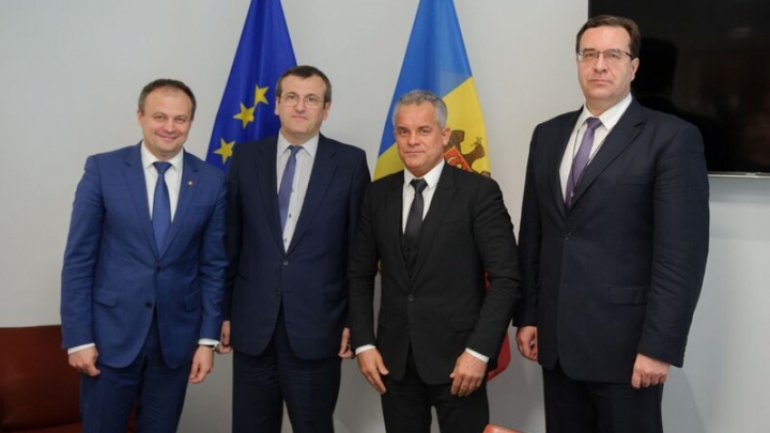 The President of the Democratic Party from Moldova, Vlad Plahotniuc, met with the deputy chairwoman of the Liberals and Democrats Alliance (ALDE) in the European Parliament, Norica Nicolai, in Brussels yesterday.

She said the European Union provided all its support and the reforms in the Moldovan judiciary were appreciated in Brussels.

Speaking about the change of the electoral system in Moldova, Norica Nicolai underscored the Venice Commission experts should provide technical and legal expertise, and the political opportunity was not their topic.

"The issues of political timeliness must be decided by the national parliaments by consulting all the political parties. The technical aspects must be discussed and taken into account when the new law is passed," she said.

She emphasized the EU could not impose a certain voting system to a certain state and must not condition the macro-financial assistance for Moldova by preserving the present electoral system.

The PDM leader asked for the support of the European Parliament in promoting the law on banning the Russian propaganda in media in Moldova and the request was positively responded at by the ALDE deputy chairwoman.

Vlad Plahotniuc also met with MEPs questioning the change of the electoral system.

Speaking with Cristian Preda from the European Popular group, Vlad Plahotniuc reminded that the mixed electoral system had earlier been promoted by the Liberal-Democratic Party from Moldova, as the PDM committed to conduct the change to the very end.

Cristian Preda said he did not view as timely the change of the electoral system, specifying it could be a danger for the multi-party system.

The MEP backed up the need to curb the Russian propaganda and misinformation in Moldova: "The citizens must know the advantages of the European integration." He called on the PDM leaders to communicate more actively with Brussels.