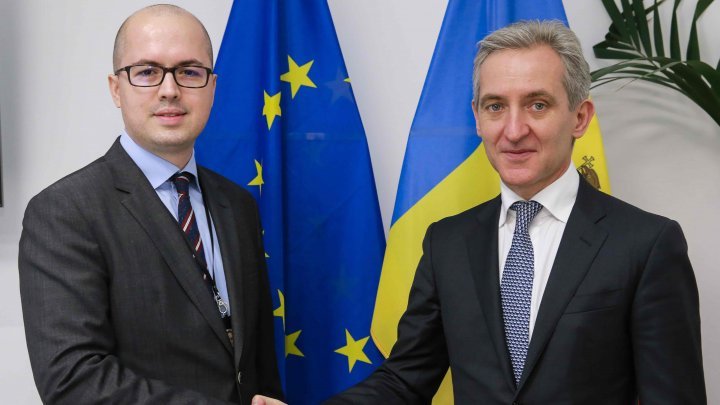 At the meeting, the two officials reviewed the developments over the past few months regarding the implementation of the EU-Moldova Association Agreement and analyzed elements of common cooperation - especially the European Parliament's agenda, the Macro-financial Assistance dossier provided by the EU, the internal political situation, the implementation of the reforms, especially those in the field of justice reform and the consolidation of the banking system.

"I was pleased to wish the Deputy Prime Minister Leancă, in the new position of government responsibility. We have presided the meetings of the EU-Republic of Moldova Parliamentary Committee.

We sent a message of encouragement to colleagues in Chisinau and urged them to further implement the reforms assumed in the Association Agreement marked by key legislative choices for the European future of Moldova.

In April, a delegation of the Foreign Affairs Committee of the European Parliament will visit Chisinau, which will be an expression of the constant support of the European institution to the process of approaching European democracy of Moldova. The meeting of the EU-Moldova Parliamentary Association Committee will take place on this occasion, "said Andi Cristea.