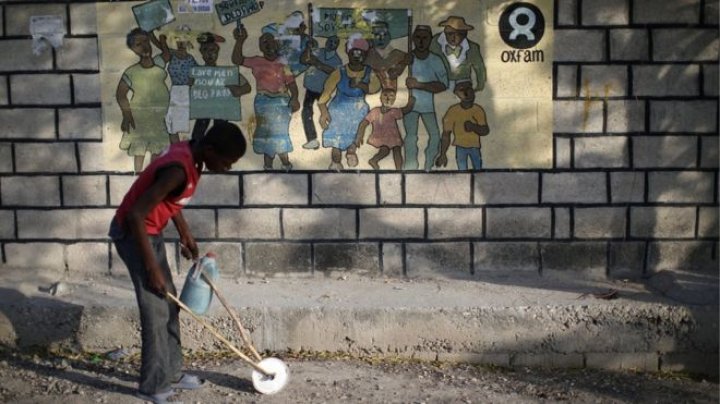 Oxfam has revealed that three of the men accused of sexual misconduct in Haiti physically threatened witnesses during a 2011 investigation.

The charity has published its internal report on alleged abuse by some of its staff following public pressure.

In the 2011 report, Oxfam said "more needed" to be done to prevent "problem staff" working for other charities.

Despite the warning, several men linked to the alleged abuse subsequently took up roles at other charities.

Oxfam - which has almost 10,000 staff working in more than 90 countries - has released a redacted version of the report, saying it wants to be "as transparent as possible" about the decisions it made.

Parts of the 11-page document are blacked out to hide people's identities, including the names of the three men accused of intimidating witnesses.

Oxfam will present the original, unedited report to the government in Haiti on Monday and apologize for "mistakes".

Oxfam has faced increasing international pressure over its handling of an investigation into allegations aid workers in Haiti used prostitutes.