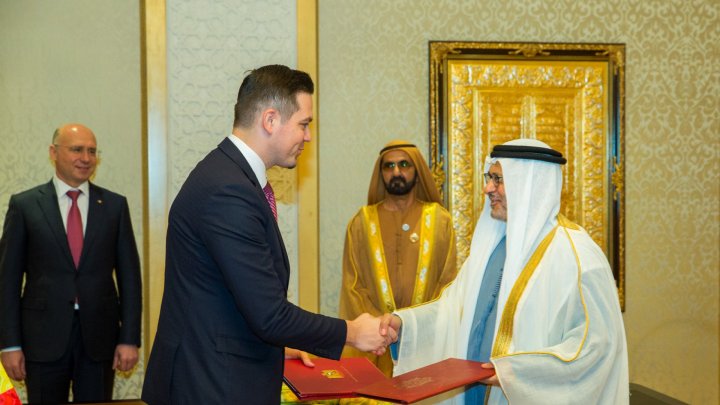 The two ministers have singed a Memorandum of Agreement regarding bilateral political consultations between the Ministry of Foreign Affairs of Republic of Moldova and of United Arab Emirates.

During the talks, the officials have concluded the positive trend of relations between Moldova and Emirates and expressed their conviction that by bringing a diplomatic mission of Republic of Moldova to Abu Dhabi and Dubai will greatly contribute to the consolidation of the bilateral dialogue in all areas of common interest.