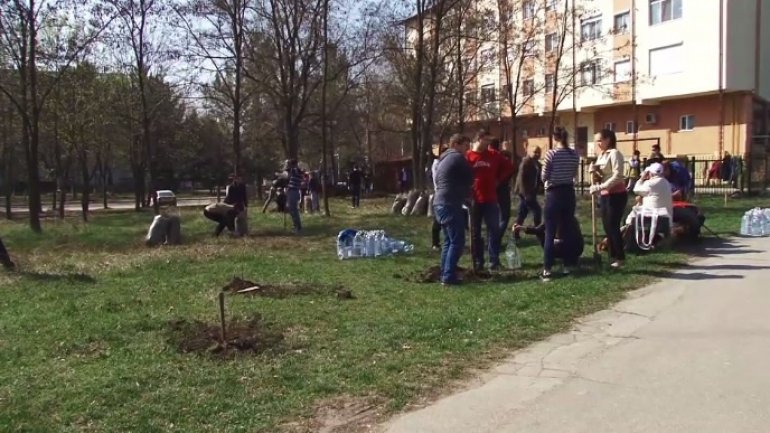 The members of the youth organization of the Democratic Party of Moldova have decided to devote a day off to extensive cleaning in Chisinau.

The young people say they come to work because they care about the image of the city in which they live.

"I live in Ciocana sector and it's very nice of young people to set an example to others".

"We decided once spring came, and we somehow contribute to it".

"It's better to do something for the nature, rather than stay home".

"I decided to get involved because it is a beautiful and profitable company".

The campaign held in the capital by the Democratic Party Youth Organization gathered dozens of young people.

"This action was attended by about 50 young people from Chisinau, young people who want a cleaner city, more beautiful capital of Moldova".

The campaign where young people will gather to clean the capital will be held during April in every Saturday.