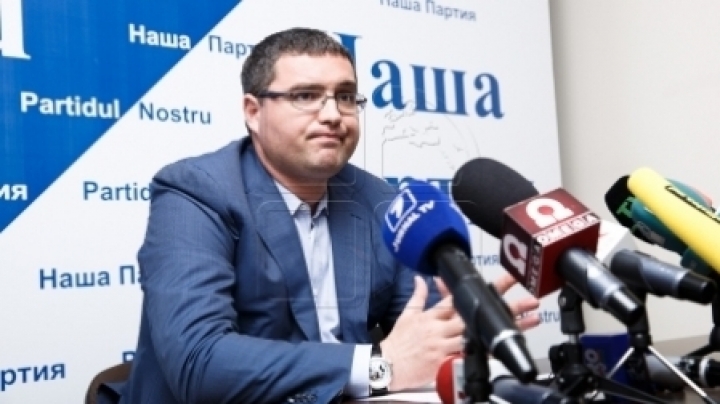 Request from legal institutions to stop the actions against the members of Our Party, even though they have penal records. Most of the supporters of Renato Usatai, who made a show on Friday in front of the Ministry of Internal Affairs, are outlaws. An investigation conducted by publika.md revealed the shady past and present of friends of Usatai.

One of the active supporters of Balti mayor is the local counsellor from Chisinau Nicolae Tipovici. In 2014, in media appeared taping records in which an unknown man asked Tipovici to talk to Usatai to find him a land in Moscow for cropping, including narcotic plants. Afterwards he got on police’s attention after threatening with death the deputy chief of Police General Inspectorate, Gheorghe Cavcaliuc.

His colleague in protest, Elena Gritco in municipal counsellor in Balti. She manifested herself by aggressing the Publika TV team, who was filming a coverage of the public meeting of the local forum. At that time, Gritco was disturbed by the questions on the City Hall decision to dismantle the booths of many traders in Balti.

The history of the official Sergiu Renta from Cahul City Hall is much more impressive. He was investigated for theft and fraud. Moreover, Renta was stripped of parental rights and obliged by the court to pay and alimony for his child. And because he ignored the law, the official has interdiction to leave the country.

His colleague from Soroca, Iurie Todirean was, according to media, an active member of a criminal gang and had connections with the weapons sellers in the 90s. The investigation journalists also wrote that Todirean also protected a gang specialized in live stock theft.

In the list of members of Renato Usatai’s party involved in shady activities is one of the leaders of Donduseni territorial organization of the party, Ruslan Zaplitnai. The website mesaj.md writes that he was managing a channel of drug commercialization in the area.

Felix Grincu, counsellor of Vatra city, Chisinau municipality, was punished in 2004 and 2006 for tax evasion and in 2013 for the breach of work attributions.

The list of persons with a shady past, gathered around Usatai, can be continued. A few days ago, another member of Our Party, Eduard Patrasca, was detained for pandering. He was caught in a sauna with prostitutes. And his colleague from the same party, Nicolae Hacico, was detained on 13 September 2016 for drug traffic. He lied to two Israeli citizens that in Moldova may be legally cropped psychotropic plants and issued them for this activity a fake license for the sum of 25,000 euro.

In July 2016, another friend of Usatai, Mihail Colibaba, was arrested in Taiwan for ATM robbery. He was detained together with other two members of an international criminal gang, suspected of robbery of approximately 2.6 million dollars.

And two days ago, another member was caught by police drunk driving. The driver tied to threaten the policemen. According to some sources, his name is connected to a penal case of smuggling. He was also a part of a criminal gang which was bringing illegally to Moldova children and adult clothes and selling them in markets and shops in Chisinau.