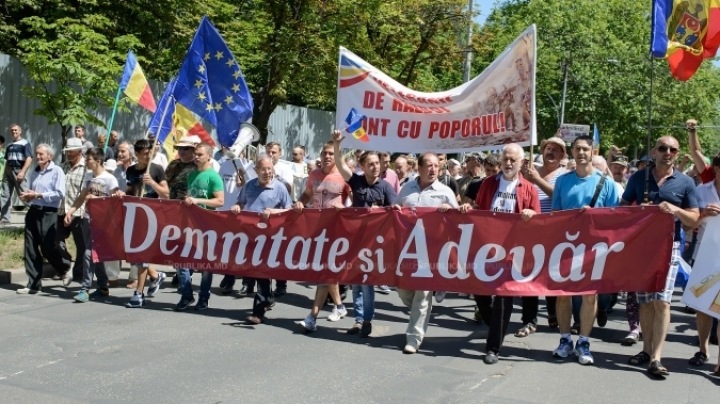 A group of members from the administration of "Dignity and Truth" Platform, are leaving the party. The announcement was done today during a press briefing. They declare that they are displeased by the behavior of the president of “Dignity and Truth” Platform Party, Andrei Nastase.

"People, were disappointed and, while trusting the protests’ organizators and thinking that they are honest, went to protest. But the organizers did not push any claim for improvement of people’s lives. They wanted to assault the state public institutions. The administration of the Party, while manipulating with people’s need, have as their aim to bring Topa fugitives in the country and to free Filat. We are in disagreement with their actions, thus we are leaving the Platform" declared the president of Chisinau organization of DA platform Party, Nicolae Garbu.

Garbu claims that in the administration of the party were admitted compromised people, with criminal records: "The leaders of the party have done serious political errors which affected the image of the party and its activity has as an objective to settle their own accounts and not to solve people's problems".