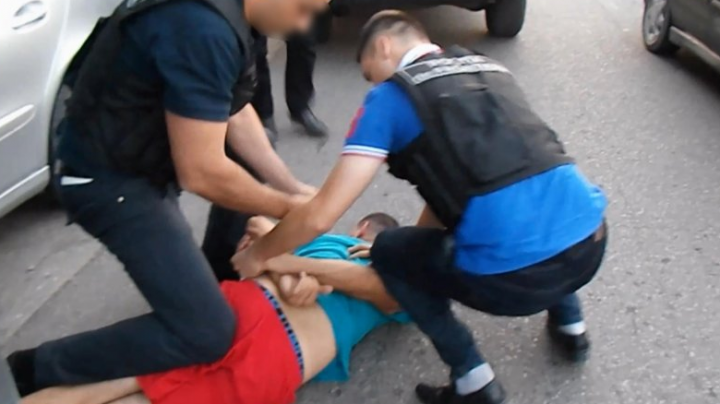 An active member of a gang specialized in human trafficking was detained while he was recruiting via telephone a girl in the region of Cahul district.

The young man is member of a gang specialized in human trafficking with the aim of sexual exploitation who are recruiting girls aged between 19 and 25 from Cahul district.

The suspect, a 23-year-old man, Moldovan citizen, had the role to recruit young girls, afterwards sending them to Romanian citizens. The latter were taking the girls and perfecting their documents. Afterwards, under the promise of a decent pay in Romania, they were transporting the girls in Galati. Apartments were rented for girls, where they were forced to offer sexual services.

From the primary investigations were established that the suspects were promising the girls 50% of the amount received from clients, afterwards were staging unfounded debts which the girls had to pay, and under the pressure, they had to continue to offer sexual services.

On this fact was initiated a penal case on human trafficking, and if proved guilty, the suspects risk to receive a sentence of 7 to 15 years in jail.

It should be mentioned that two members of the gang, Romanian citizens, have been detained by the Department of Investigation of Organized Criminality and Terrorism Crimes, Galati Territory Service, and are in preventive arrest.