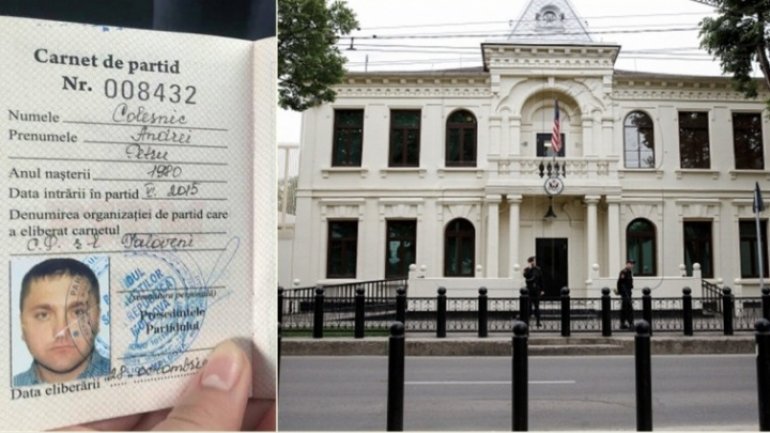 A member of the Socialists Party (PSRM) wanted to test the vigilance of the guard at the U.S. Embassy to Chisinau, but was held up. He left a suspicious bag in front of the building.

According to Deschide.MD, the police were informed about the incident at 12:15, local time and they sent immediately the teams to the locale.

Shortly, the police detained a Moldovan citizen named Colesnic Andrei, born in 1980, being suspected of leaving that bag.

The man told the police he wanted to check the vigilance of the embassy’s guards. There was a laptop in the bag.

The police also found an ID on showing he was a member of the Socialists Party.

This Party had been headed till last November by present president Igor Dodon.