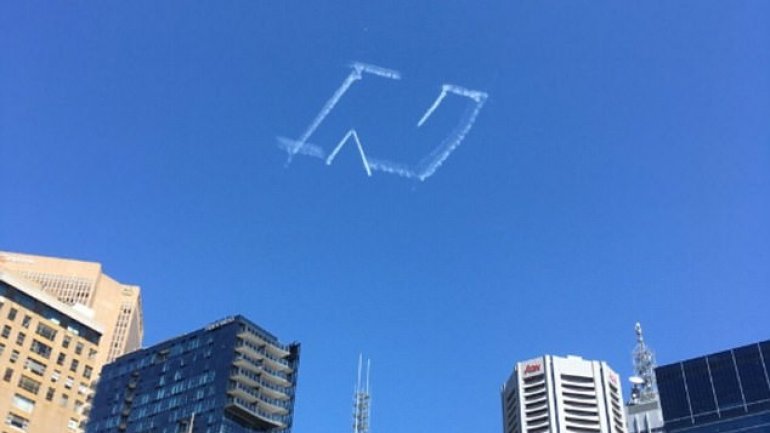 Campaigners against gay marriage have taken to the skies to push their case, wrote dailymail.co.uk.

The clear blue sky above Melbourne was marked with the word 'no' spelled out in block letters by a skywriter on Tuesday.

Observers took to social media to share photos of the anti-gay marriage message.

It comes after a similar stunt in Sydney where the sky stretching from Balmain near the city to Parramatta in the west was emblazoned with 'Vote No' in September.

The sky became a billboard a day after the Coalition for Marriage's campaign launch at Darling Harbour.

Voters have until November 7 to return their ballots with a result expected to be announced by the Australian Bureau of Statistics by mid-November.

Prime Minister Malcolm Turnbull has promised a clear 'yes' vote would clear the way for a private member's bill in parliament to redefine the Marriage Act.