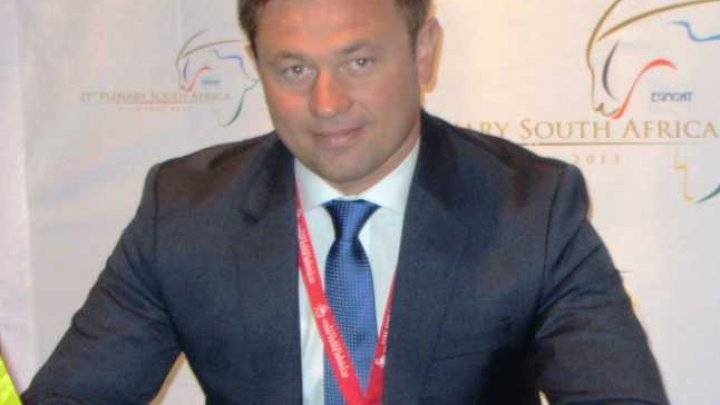 Chief of Office for Prevention and Fight Against Money Laundering Vasile Şarco paid a visit to Moscow in early October. The official discussed with his Russian counterpart topics including the Russian Laundromat, the money laundering Veaceslav Platon implemented in Moldova.

The meeting with representatives of the Federal Service for Financial Monitoring took place on October 1. The talks were announced by the Russian institution while the Moldovan service neglected to inform the public this visit.

When asked by Publika TV, Vasile Şarco tried to justify himself and blamed the institution's website. He said it's now inoperative and will be updated in a few days. He also noted the representatives of Moldova had at least 10 meetings this year in Russia.

The Russian Laundromat was a scheme to move $20–80 billion out of Russia from 2010 to 2014 through a network of global banks, many of them in Moldova and Latvia.

Internal bank documents detailing around 70,000 transactions between 2011 and 2014 were obtained by the Russian newspaper Novaya Gazeta and the Organized Crime and Corruption Reporting Project (OCCRP), which then shared data from the documents with various media companies in March 2017.The term "Russian Laundromat" was coined by the OCCRP.

The analyzed documents contained the details of approximately 70,000 banking transactions, according to Bloomberg, with 1,920 firms in the UK and 373 in the US involved. The alleged architect of the scheme is Veaceslav Platon, a Moldovan businessman and former MP. Igor Putin (Vladimir Putin's cousin) has also been named in connection with this scheme. The scheme allowed Russia's elite to funnel out at least $20 billion from Russia.

In 2017, Veaceslav Platon faced 25 years in jail for money laundering in the large amount. Earlier, there were reports in the press that Platon was ready to pay up to $ 10 million to MPs in the Kozak Alliance PSRM-ACUM to be released from prison.

In mid-August, Maia Sandu stated that Prevention and Fight Against Money Laundering led by Vasile Şarco sabotages the Government and does not provide information regarding the investigation of bank fraud and other corruption schemes.

Recently, the prime minister announced that the institution has become cooperative and that the director's activity is being monitored.