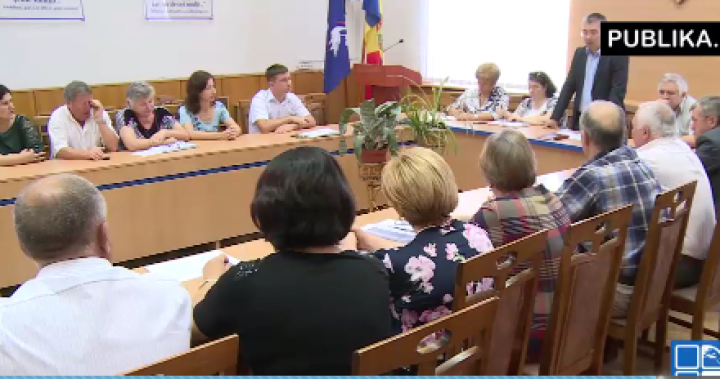 Over 30 children from the Mandra village, Telenesti region, are forced to commute daily to the neighboring village to get to kindergarten.

The parents take the little one to Ratus village kindergarten, because their kindergarten is still under renovation and the work was suspended.

The issue was addressed today by the Municipality of Mandra village and Democrat deputy, Sergiu Sirbu, who visited Telenesti region today.

Parents claim that it's more complicated in winter, when the children are forced to walk more than two kilometers to Ratuş village kindergarten.

Local authorities say they have no money to complete the renovation of kindergarten from Mandra village.

"The roof renovation has stopped because there are no sources. We need 3.2 million lei to finish everything" , said Mayor of Ratuş village, Tudor Ţurcanu.

Democrat deputy Sergiu Sirbu had a meeting with locals and talked about the political situation in the country.

"Perhaps it would be appropriate to review the electoral system in Moldova because it has been so much discussed in Parliament where only some are known, some not. The citizens have no possibility to influence directly. We have to revise the procedures for forwarding candidates in all elective positions" , said the Democrat deputy.

Sergiu Sirbu also tackled the presidential elections to be held on October 30.