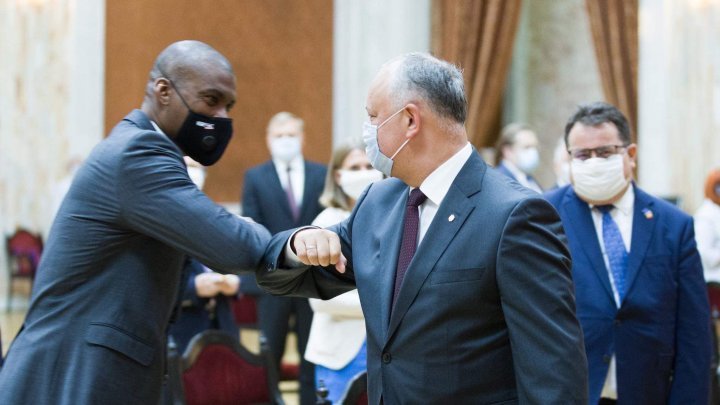 President Igor Dodon thanked the states that support Moldova in the fight against COVID-19 and said that the pandemic can only be overcome through joint efforts.

The head of state sent such a message during a meeting he had with the Ambassadors accredited in Chisinau at the Palace of the Republic.

Among the foreign officials who participated in the event are the Head of the European Union delegation in Chisinau Peter Michalko, the US Ambassador Dereck Hogan, as well as the Romanian Ambassador Daniel Ioniţă. Officials discussed the need to restore trade, economic and humanitarian relations in other areas with countries affected by the pandemic crisis.

The heads of diplomatic missions and the president also discussed the internal and foreign policy of the Republic of Moldova, including the presidential elections this fall.