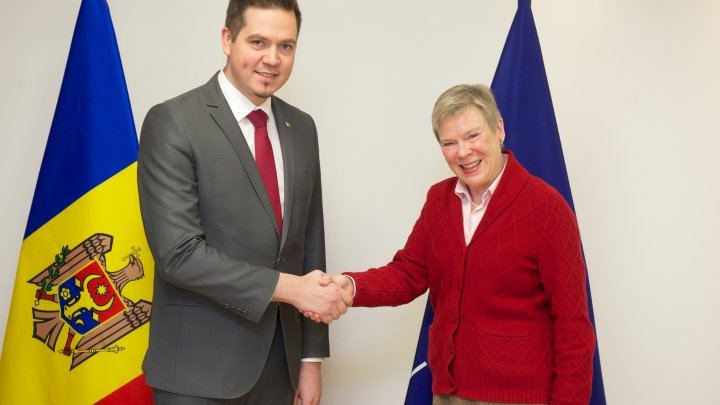 Moldova's Foreign Minister Tudor Ulianovschi discussed the evolution of the relations Moldova - NATO in a meeting today with NATO Deputy Secretary General Rose Gottemoeller at the Headquarters of the North Atlantic Alliance.

The Minister reiterated the interest of our country to further strengthen the political dialogue and practical cooperation with the NATO in accordance with the objectives agreed upon in the Individual Action Plan of the Moldova-NATO Partnership for the years 2017-2019 and based on the principle of neutrality Constitutional Treaty of the Republic of Moldova.

The Head of Moldovan diplomacy appreciated the support provided by NATO, especially within the Defense Capacity Building Initiative and the Interoperability Platform, as well as the inclusion in the DCB package of a new area of cooperation on resilience and civilian emergency preparedness.

Tudor Ulianovschi highlighted the approach of the national authorities concerned in expanding cooperation with the Alliance by designing new projects that would reflect its non-military benefits. In this respect, the Minister mentioned the close cooperation and support provided by the NATO Liaison Office in Chisinau.

Recognizing the interest of both parties on the potential of NATO-NATO cooperation, officials agreed to continue the bilateral dialogue, including on the new cooperation projects.

In turn, NATO Deputy Secretary General Rose Gottemoeller reiterated the firm support of the North Atlantic Alliance for the sovereignty and territorial integrity of the Republic of Moldova, noting the Alliance's willingness to continue to provide the necessary expertise and assistance in areas agreed with institutions in Chisinau.