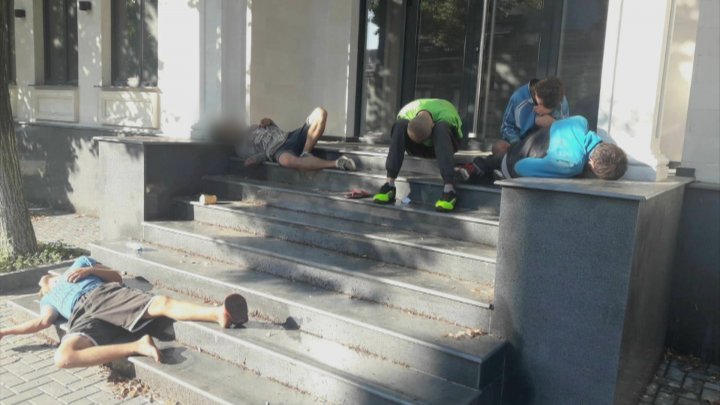 Five druggies including a minor, were detained by police on street. The youngsters were found unconscious in front of an office on Veronica Micle street in Chisinau.

The boys, who are between 15 and 24, were detained by the law people this morning during a routine patrol. The suspects were also aggressive with the shooting team.

"Did they know how they reached here? They're often around the area. They know what they used? No, they don't", mentioned Ion Axentie, group commander at INP.

In front of the room, one of the youngsters admitted to having used drugs: "I used drugs and fell asleep on the stairs."

The young people were escorted to the Center Police Inspectorate to be heard. None of them is a resident of the capital. An ambulance was given on the spot and gave the 15-year-old boy medical treatment.

"They've been through this area for a long time."

Young people risk criminal cases. Some suspects have previously been tried for other offenses.