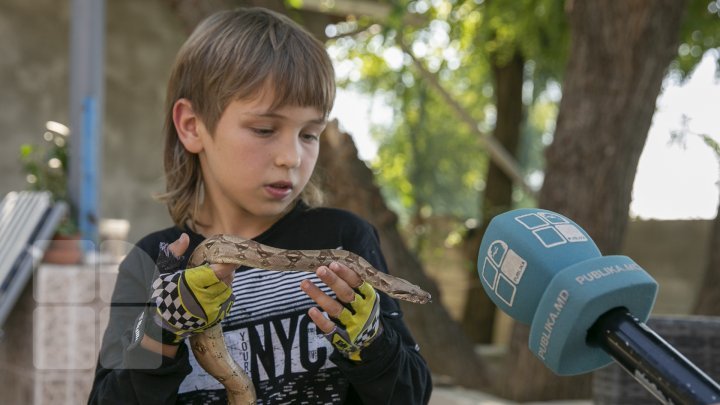 Timur Timoșcov, a nine-year-old boy from Cahul, is raising snakes as his absorbing hobby. Since the age of five, Timoșcov has caught roughly 2000 snakes but only keeps seven including a python bought from Ukraine.

"It was uneasy to look after them in the beginning. Now I'm getting much familiar with them", said Timur Timoşcov.

He fees them twice a day and these snakes take up much space in his house.

"I feed them meat. I open their mouths with a spoon, give them food and push it till their digestive system. Here they need places to hide. When there are many snakes, they need their houses which should be cleaned often. They need constant temperature."

He owns a 2-meter long snake, the biggest one in his collection.

His father, a veterinarian, also supports his hobby and teaches him how to overcome the fear.

"When we started raising these snakes, we noticed many of them are around us", said Andrei Timoşcov.