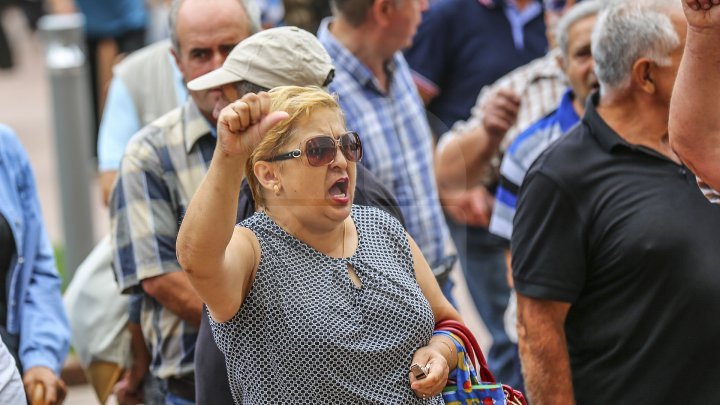 Lack of culture is what supporters of Maia Sandu and Andrei Nastase demonstrated at the rally in front of Parliament.

They still ask for the validation of Năstase's mayoral mandate and the annulment of the mixed system, even if the Chisinau Court has already pronounced in this case.

As in other protests, participants forgot good manners and the ways they should behave at a rally.

Dozens of middle-aged people cursed the Publika TV, noting that they are liars, but without concrete accusations.

Moreover, a lady hit the reporter's hand. The action was so strong that microphone was thrown off her hand.

Apparently, they are ready in time to react to the presence of the Publika TV team.

Even if Maia Sandu poses on social networks that "we have to live without fear," her supporters  intimidate the Publika TV reporter. This demonstrates that her words are for certain people and not for the whole of society.