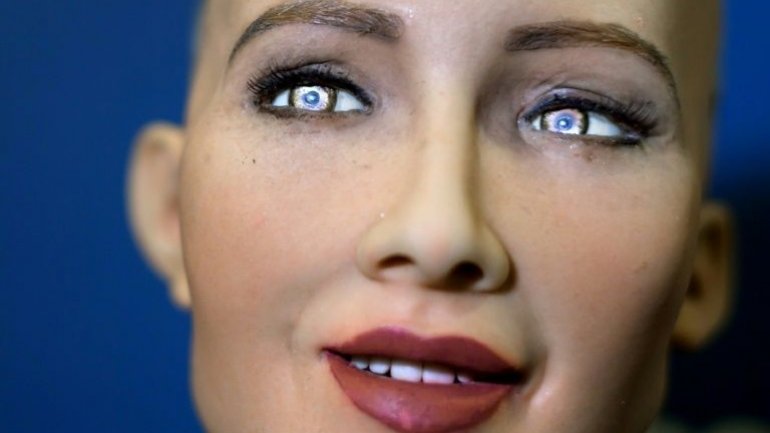 Sophia smiles mischievously, bats her eyelids and tells a joke. Without the mess of cables that make up the back of her head, you could almost mistake her for a human.

The humanoid robot, created by Hanson robotics, is the main attraction at a UN-hosted conference in Geneva this week on how artificial intelligence can be used to benefit humanity.

The event comes as concerns grow that rapid advances in such technologies could spin out of human control and become detrimental to society.

Sophia herself insisted "the pros outweigh the cons" when it comes to artificial intelligence.

"AI is good for the world, helping people in various ways," she told AFP, tilting her head and furrowing her brow convincingly.

Work is underway to make artificial intelligence "emotionally smart, to care about people," she said, insisting that "we will never replace people, but we can be your friends and helpers."

But she acknowledged that "people should question the consequences of new technology."

Among the feared consequences of the rise of the robots is the growing impact they will have on human jobs and economies.