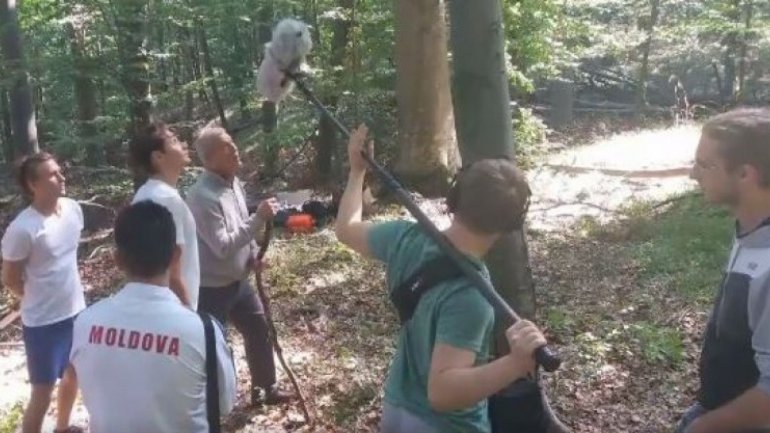 It appears that State University of Medicine and Pharmacy hides many talents, after the recent discovery of a painter-dentist, another start took the spot.

Radu Şarbei, a 21-year-old 4th year student in oral medicine, has begun filming a documentary along with actor Nicolae Jelescu, claiming to feel in his element in front of cameras.

It is unknown weather it was talent or luck that allowed Radu to film with his friends in Codri reserve.

While the team is not a professional one, being made out of medicine and beginning actors, among their midst being Nicolae Jelescu.

Recently one of their parodies, mocking Carla's Dreams and Igor Cuciuc went viral on the internet.

The creators claim that the video is gaining more and more fans.