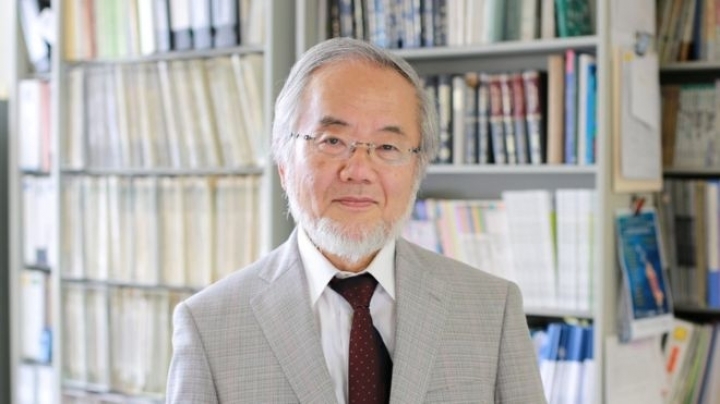 The 2016 Nobel Prize for physiology or medicine goes to Yoshinori Ohsumi of Japan for discoveries about the secrets of how cells can remain healthy by recycling waste, BBC informs.

He located genes that regulate the cellular "self eating" process known as autophagy.

Dr Ohsumi's work is important because it helps explain what goes wrong in a range of illnesses, from cancer to Parkinson's. Errors in these genes cause disease.

Last year's prize was shared by three scientists who developed treatments for malaria and other tropical diseases.

The body destroying its own cells may not sound like a good thing. But autophagy is a natural defence that our bodies use to survive.

It allows the body to cope with starvation and fight off invading bacteria and viruses, for example.
And it clears away old junk to make way for new cells.

Research is now ongoing to develop drugs that can target autophagy in various diseases, including cancer.

The concept of autophagy has been known for over 50 years, but it wasn't until Dr Ohsumi began studying and experimenting with baker's yeast in the 80s and 90s that the breakthrough in understanding was made.

Dr Ohsumi is reported to be surprised about receiving his Nobel Prize, but "extremely honoured".

The winners of the physics, chemistry and peace prizes are to be announced later this week.