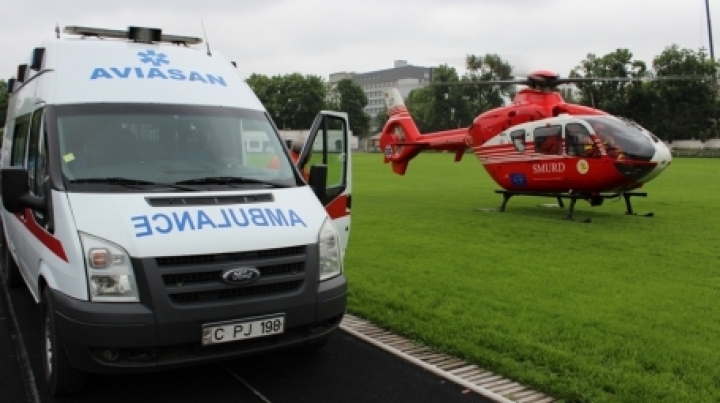 (UPDATE 15:36) "I confirm a SMURD helicopter has fallen in Cantemir district. All the four crew have died. The helicopter was flying to Cahul to pick up a patient. No patient was in the helicopter," said deputy Health minister Oleg Crăciun.

(UPDATE 15:23) New reports confirm the helicopter was quartered in Iasi. It transported a patient from Cahul to Chisinau and was returning to take another patient from a Cahul hospital.

(UPDATE 15:07) The helicopter belonged to the Galati SMURD unit and was flying to the Romanian city of Galati.

(UPDATE 15:05) FOUR PEOPLE HAVE DIED in the SMURD helicopter crash in Moldova's south.

(UPDATE 15:02) Experts, witnesses believe rainy weather most likely to be the cause of the accident.

(14:47) An Emergency helicopter has reportedly crashed in southern Moldova, as a person dies.

The Emergency Service confirms the helicopter belonged to the SMURD service unit based in Iasi, Romania.

The helicopter was returning from a village in the south of the country.

The helicopter has fallen in Cantemir district, as rescuers from Cantemir, Cahul and Comrat have rushed to the accident.

The person who has died is a crew member and has lost his/her life as being carried to the hospital.

The helicopter was carrying a sick patient to Iasi, as she has also reportedly died.