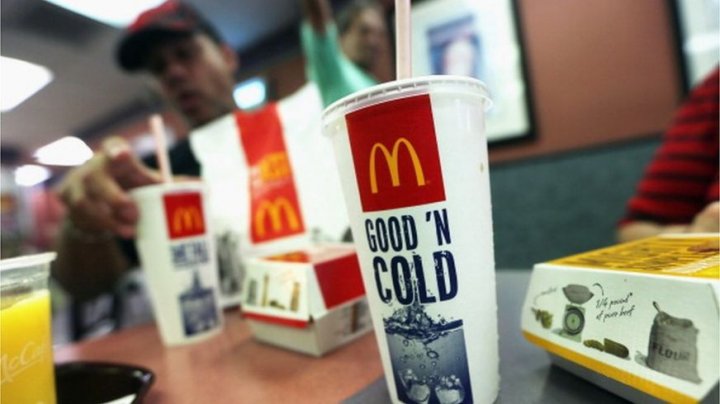 The plastic drinking straw, one of the smallest components in the mountain of trash remaining after the typical fast-food meal, has become an unlikely battleground in the war on waste.

A proposal being presented to McDonald's shareholders at their annual meeting Thursday asks that the chain find alternatives to plastic straws at its more than 36,000 restaurants worldwide, writes USA Today.

The vote is just the latest shot in a growing backlash against excessive and hard-to-recycle packaging in the fast-food industry, whether it's plastic wrap, plastic foam cups, boxes, carryout bags or trays. The trash pile keeps growing.

"It's terrible, and it only seems like it is getting worse," said Beth Terry, author of Plastic-Free: How I Kicked the Plastic Habit and How You Can Too.

All told, the nation produced 258 million tons of municipal solid waste in 2014, compared with 88 million tons in 1960, based on the most recent data from the U.S. Environmental Protection Agency. And almost a quarter of it was various containers and packaging.

McDonald's, saying it's already working to reduce waste and promote recycling, is recommending shareholders vote against the straw study proposal.

"We continue to work to find a more sustainable solution for plastic straws globally," the chain said in a statement Monday. "In the meantime, we have adopted compostable straws in certain markets to meet regulations while we work with packaging experts to develop a planet-friendly, cost-effective answer for all McDonald’s restaurants."

A group called SumOfUs wants quicker action. It said it has collected more than 480,000 names on an online petition calling on McDonald's  to stop using plastic straws. The group estimates McDonald's hands out millions of single-use plastic straws a day.

"Straws are an important issue because, for the most part, we can do without them," said Sondhya Gupta, a London-based senior campaigner for SumOfUs. "You just get them popped into a drink without thinking about them. They are small and they are light, so they are difficult to recycle."

The consumer organization cites an academic journal story last year estimating only 9% of plastics ever produced were recycled.

If McDonald's were to ban plastic straws, it wouldn't be alone. Alaska Airlines just saidit is eliminating plastic drink stirrers on its flights. A few cities, most of them  in California, have banned plastic straws.

While McDonald's contemplates action in the U.S., it is moving ahead in the United Kingdom. It is replacing plastic straws with paper versions in some restaurants in a test this month.

"Additionally, customers have told us that they want to have to ask for a straw, so we’re acting on that and moving them behind the counter," said Paul Pomroy, CEO of McDonald's U.K.. "Together with our customers, we can do our bit for the environment and use fewer straws."

McDonald's points out, too, that it already has pledged to make all customer packaging from renewable, recycled or certified sources by 2025, up from 50%. It also will institute recycling at all its restaurants by 2025, up from 10%.

Activists such as author Terry salute McDonald's moves, but at the same time, they say they are losing ground on other  fronts.

For instance,  the growing popularity of home food delivery also means more boxes and packaging. "The more progress we make, the more we fall behind," said Terry, based in Oakland, Calif.

"Things are beginning to change, but the pace is still too slow," said Eric Goldstein, senior attorney for the Natural Resources Defense Council.

Pressure for change is building, however, forcing more food companies to talk about sustainability.

About 15% of global food and drink launches mentioned environmentally friendly packaging in the 12 months leading up to May last year, up from 11% four years before, according to the global market research firm Mintel.