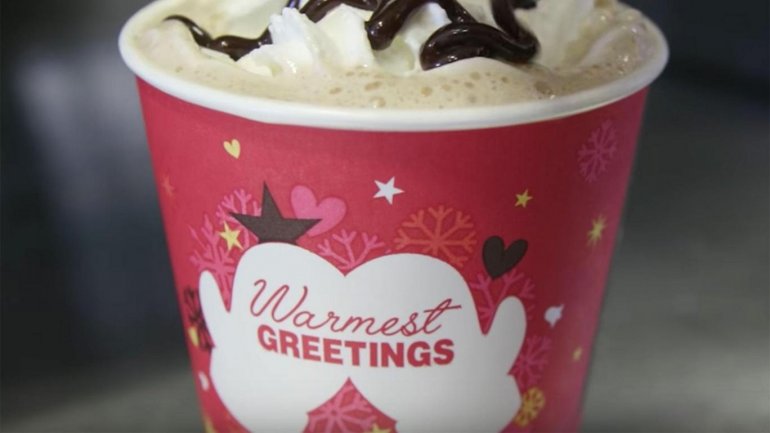 Starbucks’ festive cups have seen their fair share of controversy but this season Twitter turned its attention to McDonald’s, Independent reports.

The fast food giant became the latest company to cause uproar after releasing their version of the red Christmas cup for their McCafe. The cup reads “Warmest Greetings” over two white mittens, gold stars and snowflakes.

However, Twitter user Sam Sykes had some fun with the design by pointing out that with some slight modifications McDonald's holiday cups appear to show hands exposing a person's backside.

Other users were quick to react to it.

One tweeted: “That is an extremely unfortunate design. Don’t any companies keep a 12-year-old on hand for this?"

As of Tuesday morning, the new design had been retweeted more than 14,000 times and liked nearly 23,000 times.