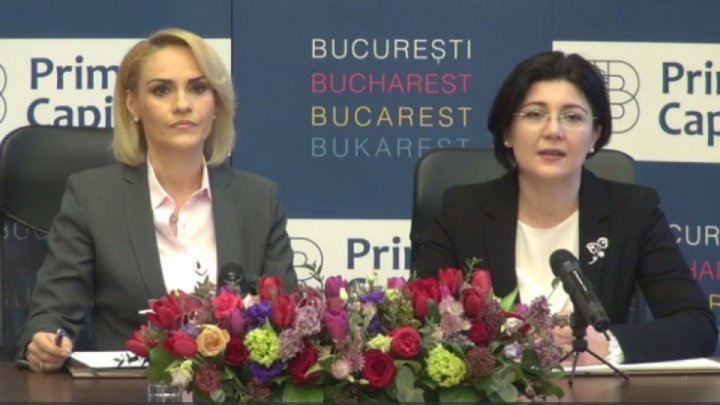 Mayor of Bucharest, Gabriela Firea, is on an official visit to Chisinau. Today she will meet with interim Mayor of the Capital, Silvia Radu.

Following, the two officials will visit together Onisifor Ghibu library, where Firea will donate books. As well as pay a visit to Mihai Eminescu Lyceum, that will be renovated with money offered by Romania. The repair works are estimated to be of around 25 million lei.

Bucharest City Hall also expressed her willingness to finance the renovation of Municipal Hospital No 1. Three weeks ago, during an official visit to Bucharest, Silvia Radu signed with Gabriela Firea multiple projects, among which counts two buses donation, as well as our doctors participating in training offered by hospitals from Romania.