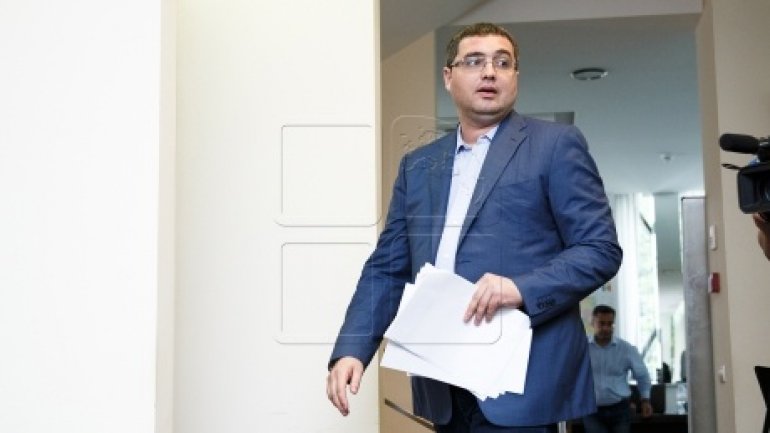 The leader of "Our Party" alongside the most dangerous criminals. Police headquarters staff began to place his picture on all panels in front of inspectorates, along with the wanted persons.

The action comes after yesterday the party leader was given in international search.

Over 150 photographs of the leader of "Our Party", Renato Usatii will be printed. They will be placed on billboards on all police inspectorates and Interior Ministry subdivisions.

"Announce the people, let people know about the search of the citizen, Renato Usatîi and further to conduct the necessary investigations on this case" , said investigation officer, Ion Cerba.

Those who see Renato Usatîi are urged to grab the phone and call the police and indicate where they saw him.

"Do call the police. In particular,  the Police headquarters, 902 and other phones that are on our website" ,  added the investigation officer, Ion Cerba.

The leader of "Our Party" has been given into international search after an arrest warrant for 30 days was initiated on his name. The decision was taken by the Central District Court.

Currently, the mayor of Balti is outside the country, most likely in Moscow.

Usatîi is accused of trying to change the testimony of Vitalie Proca, in the case where he is accused of attempted murder of German Gorbuntsov.

Five intermediaries between Usatii and Proca, including his wife and brother-in-law of the killer were detained. Three of them are in isolation, one is under house arrest, and the last is investigated at freedom. Valeriu Malarciuc has accused his detention for 30 days at the Court of Appeal. But his appeal was rejected.

Previously, German Gorbuntsov said that his assassination was ordered by Renato Usatîi.