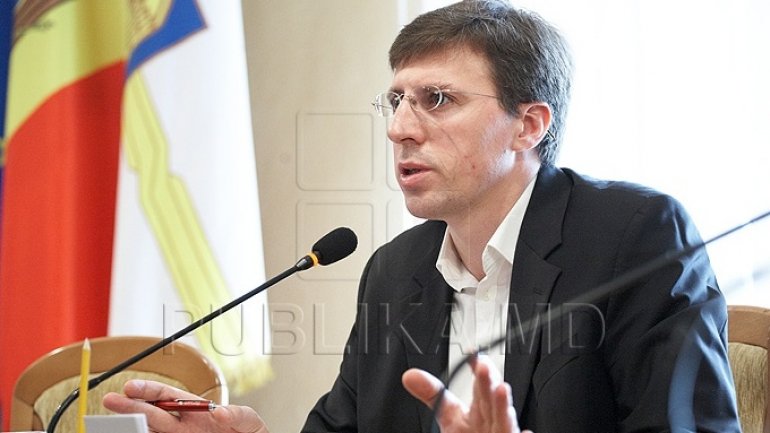 "This is pornography". It was the reaction of mayor Dorin Chirtoaca after seeing that the workers put the ledge on Stefan cel Mare avenue around a tree. The mayor scolded his subordinates for not monitoring the repair works on the main street of Chisinau.

"This is a joke, the ambassador of Moldova to Lithuania comes and shows me all this. This is pornography. If it is better like this, if it is more beautiful, at least make it symmetrically, to be also on the other side. I would have stopped the machines, would have put myself crossways. I would have blocked the road, but would not do this kind of stupidity" declared Chirtoaca.

Outraged, the mayor asked for explanations from the heads of departments responsible for the works for the mistake done on the crossroads of Stefan cel Mare avenue and Tighina street.

"You can see from the picture that the tree was not taken down. The works continue and observation will be made. - Don't talk nonsense, Mr. Gamretki. What are these aberrations?" specified the head of Chisinau Transport Department, Igor Gamretki.

The answers did not please the mayor:"I would have stopped the machines, would have put myself crossways. I would have blocked the road, but would not do this kind of stupidity."

Residents of Chisinau believe that this situation appeared because of negligence.

And some drivers complain that the wrongly-installed curb is creating inconvenience.

Reconstruction of Stefan cel Mare avenue began in 2015 and will be completed in June 2017. According to authorities, repairs are delayed because the roadside trees have not been cleared in time.