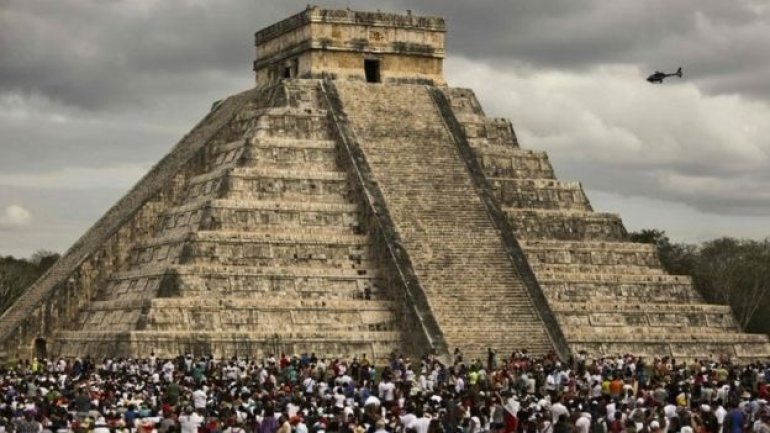 A third structure has been found within the famous Kukulkan pyramid in eastern Mexico, experts say, according to BBC.

The 10 m tall pyramid was found within two other structures that comprise the 30 m pyramid at the Mayan archaeological complex known as Chichen Itza in Yucatan state.

The discovery suggests that the pyramid was built in three phases.

The Mayan civilization occupied Central America and had its peak around the 6th Century AD.

The recently-discovered smallest pyramid was constructed between the years 550-800, researchers say.

The middle structure was discovered in the 1930s and is estimated to date back to the years 800-1000, while the largest one is believed to have been finished between 1050-1300.

"It's like a Russian nesting doll. Under the large one we get another and another," researcher Rene Chavez Seguro told a news conference.

Pyramids were built within each other for various reasons, including deterioration of the structure or the arrival of new leadership, experts say.

They say the smallest pyramid was discovered using a non-invasive technique that involves lighting the inside of the pyramid to see its interior without causing damage.

The discovery could provide new insights into the original Mayan culture before it intermingled with populations from central Mexico.

Last year, archaeologists discovered that the Kukulkan pyramid was built on top of a cenote, or underground river, which are common in the region and revered by the Maya.

Today Chichen Itza is a Unesco World Heritage Site, and receives more than a million visitors a year