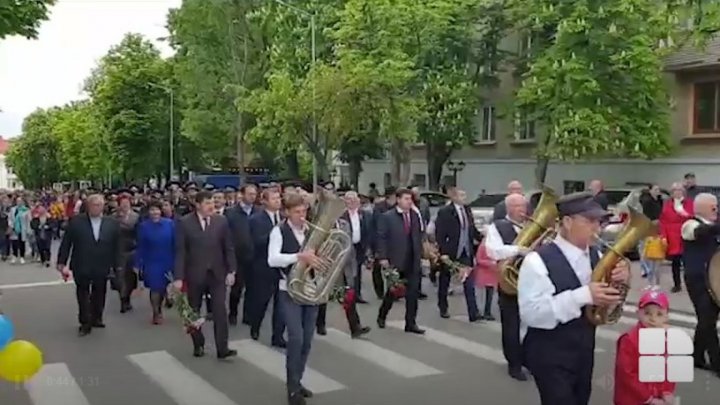 Today Moldovans celebrate 74 years after the victory over the Fascism and the Victory Day. The Democrats organized an event to commemorate the victims of the Second World War. It was followed by flower put at the Monument of the Dead Soldiers.

Approximately 400 Orhei residents honored the soldiers who died on the battlefield.

Residents of the town, veterans, firefighters, soldiers, policemen and officials attended the event.

Parades and flower put were organized all over the country today.

In the Capital, the Democratic Party of Moldova organized a couple of events, in the Metropolitan Cathedral Square.

In Moldova, there are one thousand two hundred war veterans who are still alive.