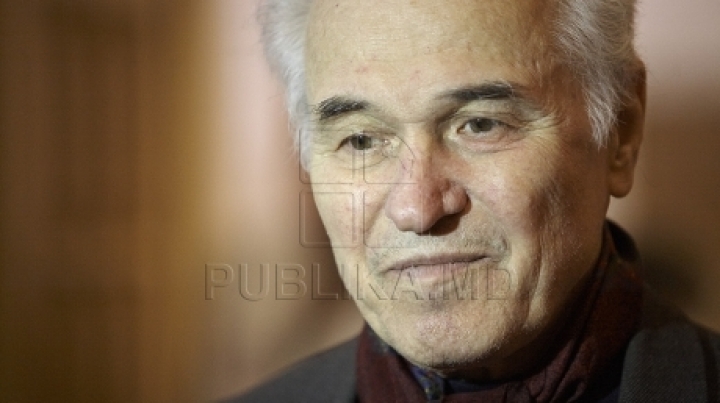 "You can't walk with dirty socks in the living room" Comment made by master Eugen Doga on Independence Day violations.

The composer has described the two political parties who attempted to hijack the Independence Day parade in chaos as "impudence".

"I think it is an impertinence. You can't walk with dirty socks in the living room. The National Square in the Independence Day was a livingroom.the most expensice guests were fromabroad and also citizens of Moldova were there, standing , dancing and singing. Eventually they enjoyed the beauty that was there. Really  it was a very beautiful parade, and I liked it very much" , said Eugen Doga.

The great artist said it took some time to get to the center of the parade because there were security enhancements downtown, but he is not irritated with the police.

Moreover, Eugen Doga appreciate that security forces that managed to prevent a tragedy at the parade.

More impressions of Eugen Doga on the August 27th, and about a quarter of a century of independence will be given tonight at an interview given by master Eugen Doga for "Top News" at 21:00pm on Prime TV channel.