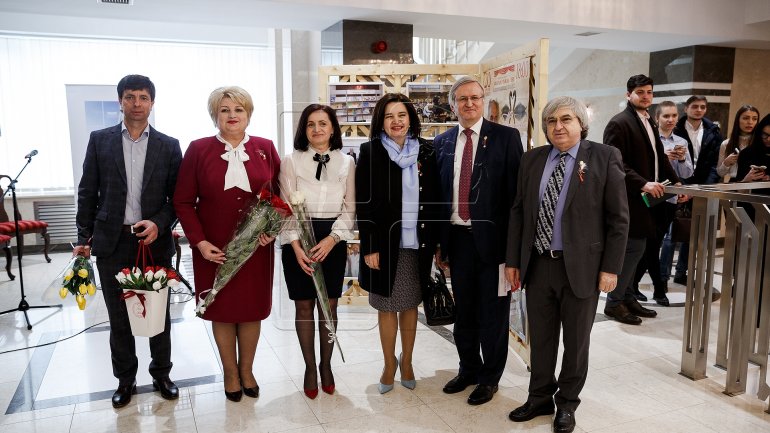 The Master Eugen Doga has accepted the invitation of Parliament President Andrian Candu to celebrate his 80th anniversary of the Moldovan Parliament. The event was attended by MPs, academicians, ministers, diplomats, men of culture and art which have come to pay homage to the great composer.

In the congratulatory message, the President Andrian Candu said it is an honor for the Legislative to spend the day with the master. "Many generations of young people around the world have seen romance in your music. It is wonderful to know that many generations will live in the rhythm of your music".

The speaker said that he would like to tell the master that is the greatest composer of the country, but not true. "Opera of Eugen Doga, long before the Agreement on free movement, surrounded and conquered the entire world" , said Andrian Candu.

At the same time, the President said that today, March 1st, we are more united than ever. "We are united by the undeniable talent, the splendid music and exuberant energy you exude. You are awesome! Moldova needs your spirit more than ever! Good health and a lot of inspiration, Master! We admire you and invite you here next year to celebrate together. A tradition that bring will bring us together" , said Andrian Candu.

The congratulatory messages were addressed by the Ministry of Culture Monica Babuc, President of the Academy of Sciences, Gheorghe Duca, and Ambassador of the Russian Federation to Moldova, Farit Muhametşin has read the message signed by Russian President Vladimir Putin on the occasion of the 80th anniversary of composer Eugen Doga.

In turn, the master Eugen Doga thanked all those present at the beautiful feast. "The Parliament today looks like a big and open house. However I am very pleased, for my achievements also. I wish you all a part of the joys of my life" , said the composer.

The celebration was complemented by an exhibition of photographs and posters from the personal collection of master and archive of the Academy of Sciences.