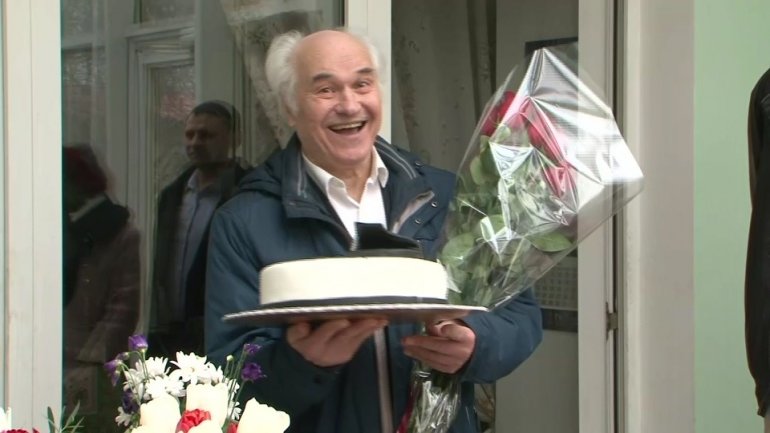 The composer Eugen Doga today, March 1st celebrates 80th anniversary. His house was full of people who came to congratulate the master who has been included in the top 200 personalities of the world

The master has been congratulated firstly by Chisinau mayor, Dorin Chirtoaca. He met the master at the airport, when he returned from Moscow.

The "Eugen Doga" Music School students and young democrats artist went to congratulate him at home. They sang happy birthday and brought a cake shaped like a piano

The composer wished only for health. The Culture Minister, Monica Babuc has also joined the anniversary of Eugen Doga.

"He is a young spirit and reckless energy of light and inspiration and I want him to keep that energy" ,  said Culture Minister Monica Babuc.

Moldovan Post Office has launched a special stamp dedicated to the great artist. Eugen Doga signed the soundtrack of over 200 films.

One of his plays was recognized as the most beautiful waltz of love in the world. UNESCO declared it the fourth masterpiece of twentieth century music.