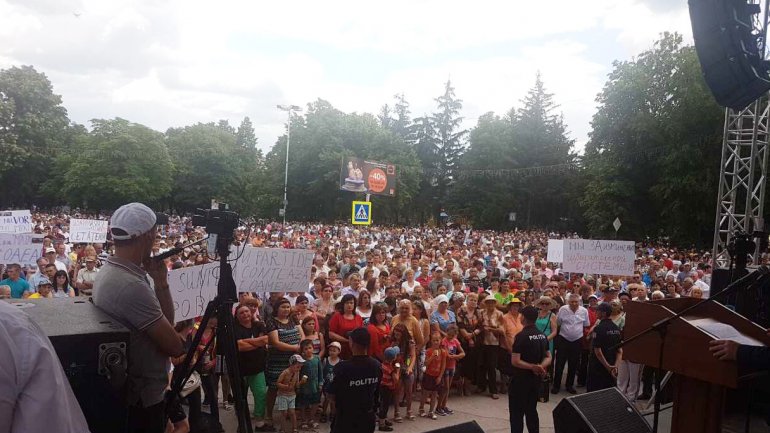 Over 30,000 people have attended today's rallies in support of the mixt voting system. Protests took place in Edinet, Ialoveni and Cahul town, where people said they wanted to elect their deputies directly. Artists urged them not to give up the idea of changing the current electoral system.

The right of citizens to elect their deputies directly will contribute to the empowerment of the political class, says deputy Elena Bacalu.

Culture Minister Monica Babuc is convinced that the will of the people will be heard.

Publika.MD recalls the latest survey conducted in Moldova shows that about 60 percent of Moldovans believe that MPs should be elected according to the uninominal or mixed voting system. Only 35 percent votes want to maintain the current procedure.