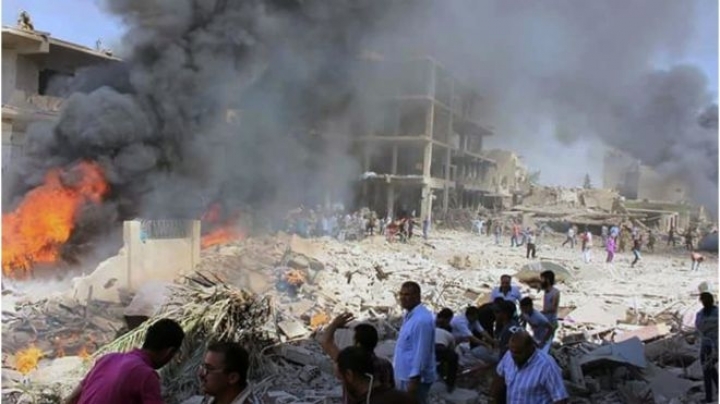 Forty-four people have been killed in a massive bombing in the Kurdish-controlled city of Qamishli in north-east Syria, reports BBC.

The blast was caused by a truck bomb which struck near a Kurdish security headquarters, according to a UK-based monitoring group.

So-called Islamic State (IS) has said it was behind the attack, in Hassakeh province, near the border with Turkey.

IS has previously carried out bombings against Kurds in the area.

A Kurdish-dominated militia backed by air strikes from the US-led coalition is spearheading the battle against IS in northern Syria.

State TV showed scenes which it said were the aftermath of the bombing, with pictures of destruction over a large area and plumes of smoke rising into the air.

IS said on its self-styled Amaq news agency that a suicide bomber had blown up a truck at a local Kurdish police centre and a nearby government building.

The attack was initially reported as a double bombing, but it now appears that the first blast caused a gas tank to explode, according to AFP.

Hospitals in the city are calling for blood donations, the Syrian Observatory for Human Rights monitoring group reports.