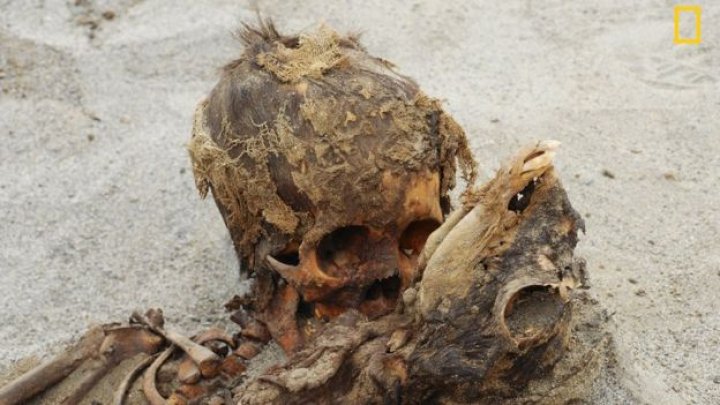 foto: The children and llamas were buried together in the wet mud, around the year 1450/GABRIEL PRIETO/NATIONAL GEOGRAPHIC
AFLĂ imediat Știrile Publika.MD. Intră pe Telegram

The largest ancient child sacrifice site in the Americas, if not the world, has been located in Peru, it has been reported.

The remains of 140 children and 200 juvenile llamas that appear to have been ritually sacrificed in an event which is estimated to have taken place 550 years ago were unearthed by archaeologists, writes Independent.

The site was found just over 300 metres from the Pacific Ocean, amid a block of residential compounds in La Libertad outside Trujillo, Peru’s third-largest city.

John Verano of Tulane University, who is in charge of the team conducting the scientific investigations on the site with Gabriel Prieto of the Universidad Nacional de Trujillo, said the discovery was unexpected.

“I, for one, never expected it and I don’t think anyone else would have, either,” Mr Verano told the National Geographic Society.

Estimates suggest that the children ranged between 5 to 14-years-old and the llamas were all less than 18-months.

The children’s skulls were stained with red pigment which was often used in ritual sacrificed and they were all buried facing east looking towards the Andes.

Until now the largest incident of mass child sacrifice was believed to in Mexico City in the Aztec capital of Tenochtitlán, where the bodies of 42 children were discovered, findings announced in 2002.