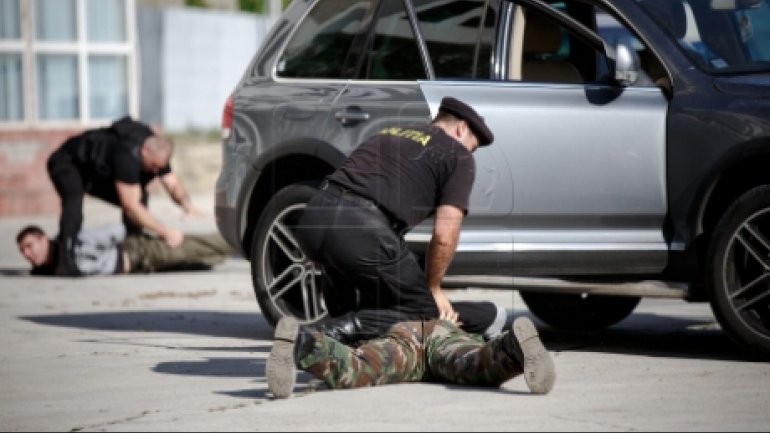 11 persons, members of a criminal gang, aged between 20 and 35 years, have been detained by police. They were involved in smuggling and illegal drugs traffic on the country territory, and their trade in huge amounts.

In the first case is about a public official, main specialist working in city hall of Centre sector, Chisinau municipality, who was trading drugs, especially heroin. He was caught red-handed at the crossroads of Stefan cel Mare avenue and Bulgara street during an attempt of selling doses of heroin.

In another case, five persons trading amphetamine were detained, one of them being director and owner of a fitness centre in Buiucani sector, and another being a cashier of another fitness centre in Botanica sector. The drugs were sold by them to clients of the places.

In the third case were detained 5 persons involved in trading drugs in leisure areas. Investigative actions were focused on a group of people, including foreigners who conducted their criminal activity in one of the premises located in a shopping center in Chisinau municipality.

Earlier, on the case were detained three foreigners of Arab origin who are in custody, and on them were found doses of marijuana, money from realization of drugs amounting to over 75,000 lei, and other items used in crimes. As a result of the actions carried out by security forces on 25 November 2016 in the premises of the place, a former waiter of the premises which was trading narcotics was detained. On him were found ecstasy pills which were intended for trade.

In total, were seized drugs of types of heroin, amphetamine, cannabis, ecstasy pills worth 30,000 lei and money in the amount of 150,000 lei.

Nine people were detained for 72 hours, afterwards to be presented to the court to request the application of the preventive measure of arrest for 30 days, two people are investigated at liberty.

In this case it was started a penal case. Under the legislation in force, the persons found guilty of "illegal circulation of drugs, psychotropic substances or their analogues without the purpose of alienation" shall be punished with imprisonment for 7-15 years.

The actions were conducted with the support of the Police Brigade with Special Purpose "Fulger".