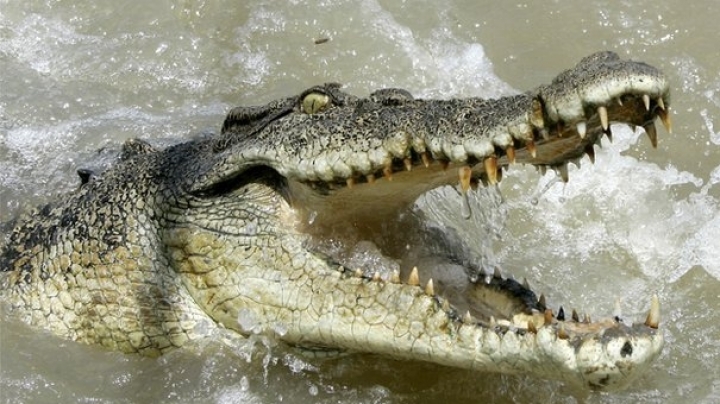 CCTV footage shows the men, topless and wearing bandannas to cover their faces, in the office of Taminmin High School in Humpty Doo, 40 kilometres from Darwin.

The anonymous trespassers broke into the school in the early hours of Sunday morning, leaving behind the traumatised crocodiles muzzled with garden ties.

A police spokesperson told Daily Mail Australia that police were alerted to the incident just after 5am, notified by the school caretaker who heard alarms.

'Police are appealing to the public for information as to the identity of the offenders.'

Parks and Wildlife Rangers attended to safely remove the reptiles, which ranged in length from 1.5 to 2 metres.

The saltwater crocodile - an apex predator - is the largest of all living reptiles.

It has a history of attacking and killing humans, particularly those that come into its territory. Adult male saltwater crocs can reach up to six metres in length and weigh over 1,000 kilograms, whereas females typically reach half that length and weight.