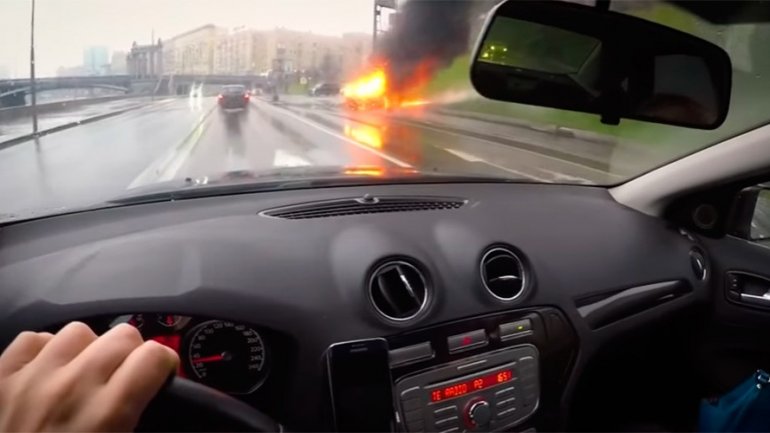 A Maserati has crashed into a lamppost and caught fire in central Moscow, with the driver dying inside the luxurious sports car and his passenger fleeing the scene before the arrival of the police, rt.com informs.

The incident happened on the Rostovskaya Embankment in central Moscow on Sunday, police said.

The vehicle traveled at high speed, hit the lamppost, and burst into flames. The fire brigade was immediately summoned to extinguish the blaze.