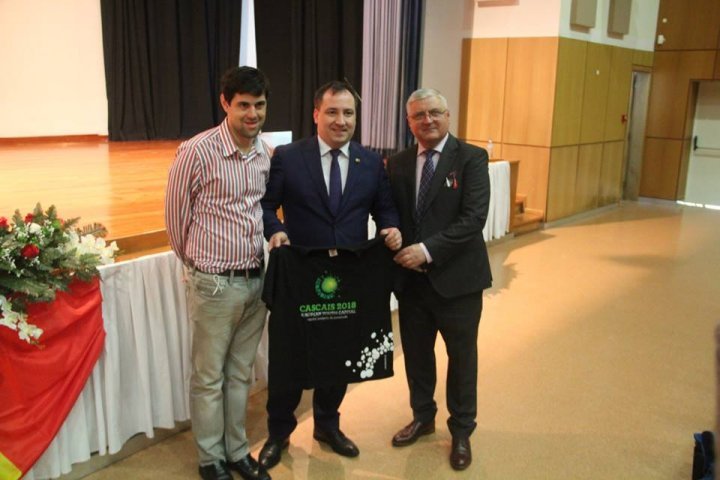 The 13th Mărţişor Festival has been successfully organized in Portugal.

The event, which was attended by more than 600 people, took place at the Auditorium of the Marquis de Carcavelos College near Lisbon, presenting the first Martisor - symbol of spring and hope.

In the first part of the show, Moldovan Cultural Center presented the fruit of its work during the 15 years of its activity, while the second part of the stage was performed by Akord, Igor Sîrbu and Igor Ştribitchi who came especially from Chisinau on this occasion.

Moldovan Cultural Center President Oleg Boghenco expressed his sincere thanks to Minister Monica Babuc for this extraordinary surprise and for the permanent support that the ministry gives to cultural associations from the diaspora.

The honorary guests of this important cultural event were the State Secretary for Culture of Moldova, Andrei Chistol, the Embassy team headed by counselor Valeriu Ostafii and Andrei Paladuţa, as well as representatives of the Portuguese authorities Joana Pinto Balsemão, councilor of the City of Cascais, Vanda Carvalho.

Representative of the Embassy Valeriu Ostafii congratulated those present on the celebration and mentioned in his speech that the Festival is marked by two important events: the inclusion of Mărţişorul in December 2017 in the Representative List of the Immaterial Cultural Heritage of Humanity of UNESCO and the 25th anniversary of the establishment of the Moldovan-Portuguese diplomatic relations.

Martisor Festival was organized by the Cultural Center of Cascais Moldav in partnership with the Ministry of Education, Culture and Research of Moldova and Cascais Municipality.