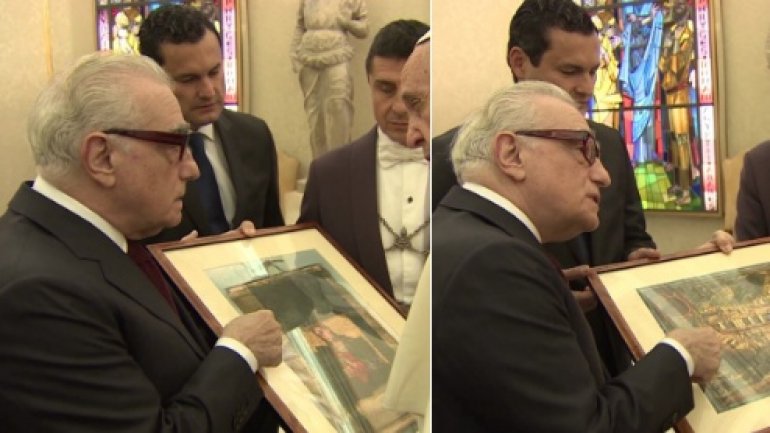 Nearly three decades after his film The Last Temptation of Christ was deemed “morally offensive” by officials in the Roman Catholic church, Martin Scorsese met Pope Francis at the Vatican on Wednesday, November 30th, according to the Guardian.

The American director, who is said to have considered joining the priesthood when he was a young man, met the pope a day after his new film, Silence, about Portuguese Jesuits in 17th-century Japan, was shown to an audience of 300 Jesuit priests at a pontifical college.

The Vatican said Francis had received Scorsese, his wife and two daughters, and the 15-minute meeting was “very cordial”. The pope told the group that he had the book that inspired Silence, and they spoke about the experience of Jesuit missionaries in Japan.

Scorsese gave the pope framed images depicting “hidden Christians” in Japan, including a reproduction of an ancient image of the Virgin of Nagasaki and a portrait of the “martyrs of Japan”. The pope gave the guests some rosaries.
AFLĂ imediat Știrile Publika.MD. Intră pe Telegram