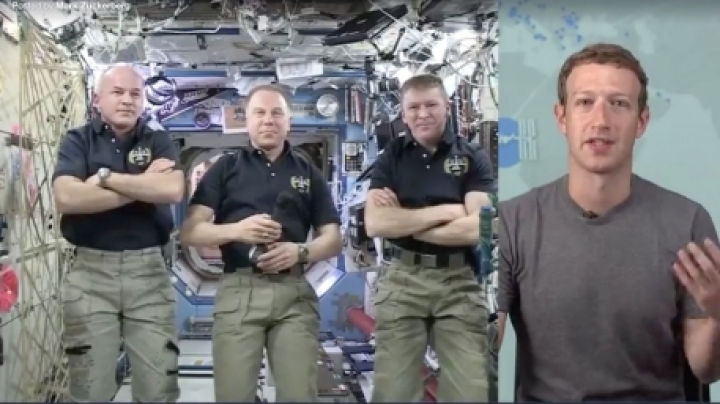 Facebook's Mark Zuckerberg wants to reach Alpha Centauri, but first he settles for a call with astronauts on the International Space Station today (June 1), which NASA will stream in real time using Facebook Live.

The founder and CEO of the world's largest social network has called the space station at 12:55 p.m. EDT (16:55 GMT) to speak with NASA astronauts Tim Kopra and Jeff Williams, and British astronaut Tim Peake of the European Space Agency.

"This in-flight downlink will allow the global Facebook community to learn about what it is like to live and work in a microgravity environment, how we use that environment to conduct out-of-this-world science, and explore how this program will help prepare to send humans on a journey to Mars," Facebook representatives said in a statement.

Zuckerberg spent about 20 minutes speaking with the space station astronauts. "The public will be able to submit questions during the conversation, too" NASA officials said in a statement.

The $100 million project aims to build a prototype robotic spacecraft that would use light to sail to the Alpha Centauri star system (about 4 light-years away), reaching the destination in only 20 years. The technology for it is either available today or will be available shortly, the founders said, and would cost about as much as the largest scientific experiments.

The spacecraft will be small and simple – just a wafer-size chip propelled by a very thin sail. After leaving Earth on a mothership, the spacecraft will aim for Alpha Centauri by riding a laser light beam aimed from Earth.