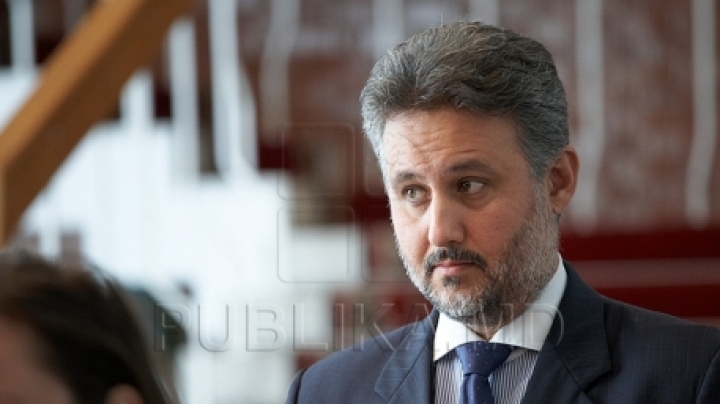 The Ambassador of Romania in the Republic of Moldova appreciates the Government efforts and notes that during the last years in Moldova a fundamental change has been made. And his mandate as ambassador in Moldova was a successful one.

The declarations were made yesterday, during the show Fabrika.

“It was a mission I started with brown hair and ended with gray hair. But in which I did not have any memorable disappointments, did not have frustrations worthy of being made public. It was a difficult period, with a lot of challenges, and at the same time with more amenities than worries and difficulties” said the Romanian ambassador, Marius Lazurca.

His Excellency has declared that thanks to Filip government the Europeanization process of our country will continue.  If the implementation process of the reforms will be forwarded, Republic of Moldova will become a candidate country, and afterwards, to become a member of European Union.

“It is a necessary stage. It is a stage Romania has pleaded for, we wanted a stable government sustained by a big majority with clear European orientation, and I think that nobody is surprised by my words now, and I said it before, right after the government Filip was invested. I think this stability is useful and it will bring results in the following period. The results of a Government that can work will not show straight away, but slowly” has mentioned the ambassador.

Marius Lazurca has become ambassador of Romania in Republic of Moldova in March 2010.

Before that, he was the ambassador of Romania to Holy See and the Sovereign Military Order of Malta.