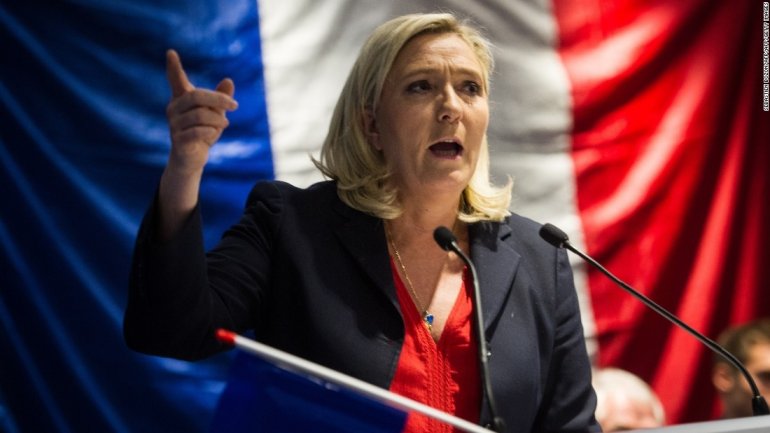 Marine Le Pen gained ground on her rivals for the French election as she benefits from concerns about security while other candidates trained their fire on independent front-runner Emmanuel Macron.

While no surveys so far have shown Le Pen even close to a victory in May’s run-off, she’s quickly narrowing the gap to her rivals. OpinionWay showed Macron would defeat Le Pen by 58 percent to 42 percent in the second round. His advantage has halved in less than two weeks.

Le Pen is gaining from her tough stance on the disturbances that flared up across France last week during mostly peaceful protests against police brutality. The National Front leader is tapping into voters’ unease after more than 200 people were killed in terrorist attacks in just over two years and those sentiments were stirred up again this month when a soldier in the Louvre fired five shots at an assailant armed with a machete and crying “Allahu Akbar.”