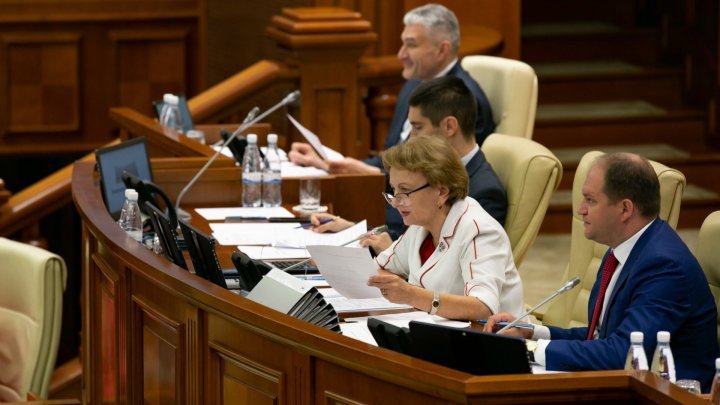 Zinaida Greceanii replied to Tauber of having lack of imagination:

'You're not quite inventive when charging someone. You don't have the capacity to be more inventive'.

In her defense came came her party colleague, Ion Ceban:

'I think that your insolence pushed all the boundaries. Zinaida Greceanii is not mentioned into the report'.

Also, the former liberal-democrat suggested that the General prosecutor must raise the SOR Party MPs immunity which names appear in the Kroll 2 report.

PUBLIKA.MD reminds that on Thursday, was published the Kroll 2 report. The document contains multiple names of popular politicians of our country, but also companies administrated by them. Among them are: Petru Lucinschi, Igor Dodon's relative - Viorel Melnic, Vlad Filat's relatives companies, Zinaida Greceanîi's husband and the No.1 CSI raider, Veaceslav Platon.