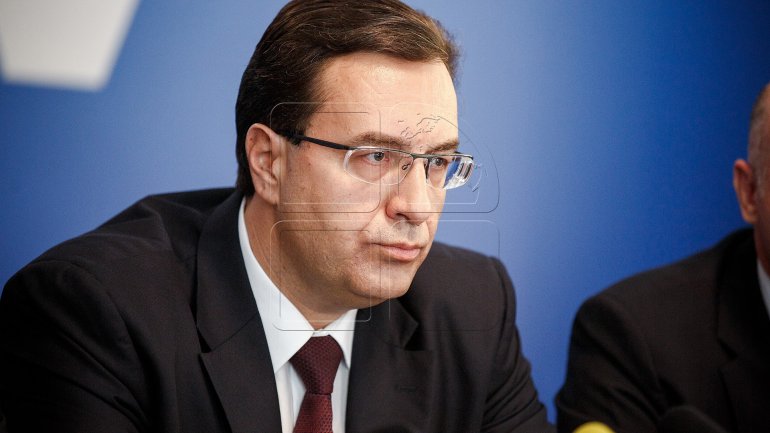 Marian Lupu announced that he is withdrawing from the electoral race in favor of a pro-European candidate. The decision was taken today at the meeting of the Executive Bureau of the Democratic Party. Marian Lupu advised his supporters to give their votes for the pro-European candidate who has the biggest chances to win the second round against the socialists' representative.

The PDM candidate Marian Lupu declared that the party led by him is the most rated pro-European party, and thanks to the conducted campaign the interest of people to get closer to the EU has increased. Lupu mentioned that this is already a win. The PDM candidate also said that the country needs a president who will maintain the balance in the society.

"It is a tactical withdrawal, based on political responsibility, based on sociological analyses and professional expertises and has at its base an important objective - to support through this strategical initiative the naming as president of a person who will continue the joint European project. My message for the electorate of the Democratic Party is to support the pro-European candidate who has chances to stay in the race. At least with real chances to win against the socialist candidate in the second round of election" declared Marian Lupu.

The first deputy president of PDM, Vlad Plahotniuc declared that the withdrawal of Marian Lupu from the electoral race is a democratic exercise. He also said that the PDM decision to support a pro-European candidate from the opposition will strengthen the political class.

"If we will think with a political egoism, Marian Lupu should stay in the race. To stay because he has real chances to get into the second round and through this PDM would register a political victory. But it might be a victory of the moment. At the same time the data and the actual conjuncture show that there is another candidate who might have bigger chances to reach this goal. We, as a party, even today demonstrate that we are able to take decisions responsible, not easy and important for the country. This decision is the result of the multiple consultations with the people from throughout the country, with our colleagues from the party, with our internal partners, and of course with external partners. The fact that PDM contributes so that a candidate of the opposition, of the pro-European opposition would win the elections, we think that the balance on the country's political field will be strengthened" declared the first deputy president of the PDM, Vlad Plahotniuc.

After the announcement given by Marian Lupu, on the social networks appeared the first reactions. The PSRM candidate Igor Dodon wrote that the one who loses is the former nominee for the position of president from the DA Party, Andrei Nastase, behind which are the mobsters Topa.

"Poor Andrei Nastase, I said that he will remain as a fool" wrote Dodon.

After the withdrawal of Marian Lupu, in the electoral race are left nine candidates.