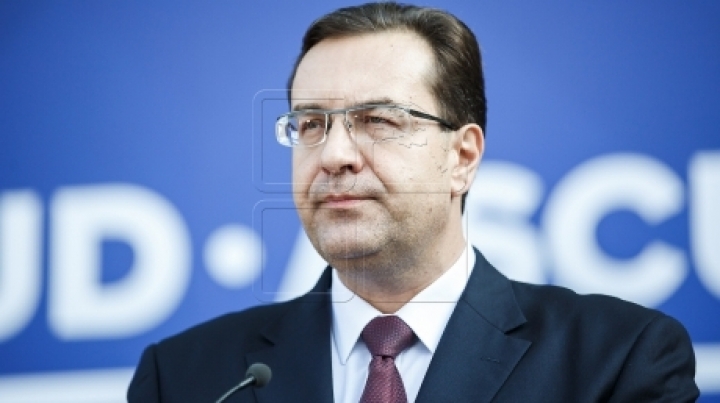 In an interview to IPN agency, Marian Lupu has declared Igor Dodon as "the greatest danger in this electoral campaign", because he is engaged in an external project directed against Republic of Moldova and its citizens. Democratic Party of Modlova candidate for presidential elections has accused the socialist leader that he would like to cross the European integration, the Association Agreement, to take Moldovan's right of free travel in Europe and break Moldova in pieces by federalization.

Marian Lupu spoke about elections on October 30th, citizens' demans of the future president, but also his main opponents.

"I am the candidate of the Democratic Party of Moldova, the main pro-european party of the governance, a party that has assumed its role from the beggining of the year and proved that can govern effectively. It has been confirmed by external partners, from Europe to the US. Through good cooperation with the Government and Parliament, I will resolve the commitments that I made to voters" , was the main message of Marian Lupu.

Asked about his main opponent in this election, the Democratic candidate said without hesitation it's Igor Dodon (PSRM): "He is, in fact, the enemy of all Moldovan patriots, the enemy of country's european future, so he is my enemy in the elections... I would prefer to focus on the domestic agenda, the citizen's agenda, because the country's development direction is already decided by the Association Agreement with the European Union. But we have a party, PSRM, which pulls this country in the geopolitical zone, because Dodon can't discuss the real problems of the people, he does not have an internal projec,t for Moldovans who just 'loves' him, but has nothing to offer. Then he offers the return to geopolitical war."

In the context, Marian Lupu urged people to not be fooled by the fireworks of electoral campaign and elect a president who will work for their own good. "I urge them to vote for a man who, as president, will effectively solve their problems, will have the necessary means to do so, relying on a strong team and the cooperation of key institutions and branches of government. I urge them not to be deceived by political adventurers and dangerous experiments that can not solve absolutely nothing" , was Marian Lupu's call.