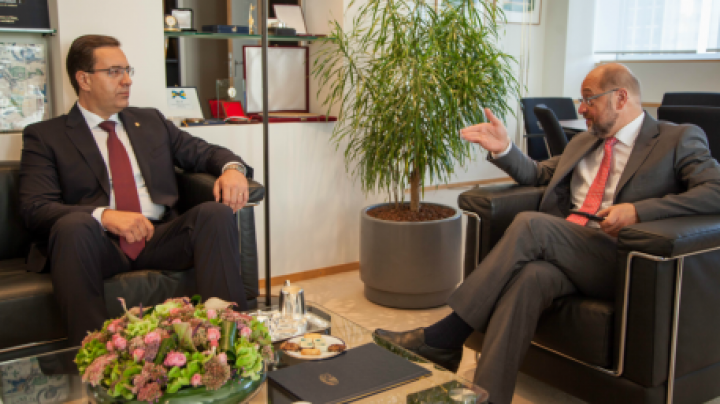 Democratic Party of Moldova Chairman Marian Lupu had a meeting with European Parliament President Martin Schulz during the working visit at the invitation of European Social Democrats Parliamentarians in Brussels.

Marian Lupu announced a very useful and friendly discussion in a post on a social network.

PDM leader told the President of the EU Parliament that Moldova is determined to speed up the European path and that our country's natural place is in the European family, the European Union.

"We appreciate the stabilization of the situation in Moldova by taking responsibility and taking concrete actions by the government in Chisinau. Stability is very helpful in maintaining European course" ,  said the European official.

At the end of the meeting, Marian Lupu thanked Martin Schulz for his succes wishes at the presidential elections on October 30th.