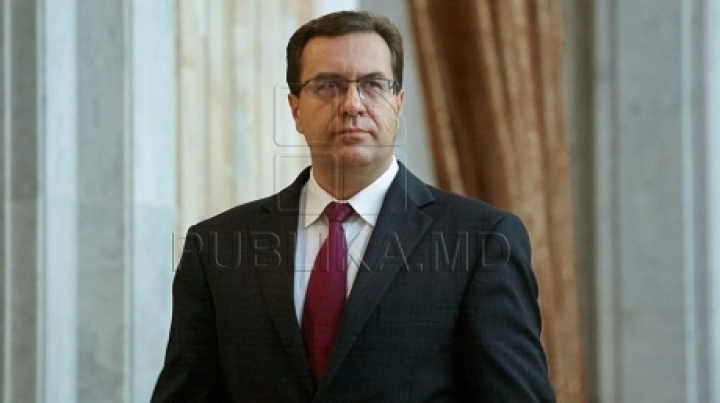 Moldova is determined to speed up the European path. This was the message of the Democratic Party presidential candidate, Marian Lupu, towards the European Parliament President Martin Schultz, during a bilateral meeting held yesterday in Brussels.

In response, Martin Schulz encouraged Moldovan authorities to continue reforms and assured that the support of the country will continue.

During the visit to the European Parliament, the PDM leader also had meetings with several officials and representatives of parliamentary groups in the European legislature.

According to Marian Lupu, the meeting with European Parliament President Martin Schultz  was productive with a very helpful and friendly discussion.

In turn, Schultz said he appreciates the stabilizing of the situation in Moldova through taking responsibility and taking concrete actions by the government in Chisinau.

"What pleases me very much, is that Mr. President praised the progress ensured by the current government, the parliamentary majority,by the Filip government throughout this year. He appreciated very much the ability of the government to return to calm, which happened forming a prerequisites for political stability, economic and social, conditions to solve the problems that people expect" , said Democratic presidential candidate, Marian Lupu.

In Brussels, Marian Lupu has had a series of meetings with several representatives of the European Parliament. Among them are partners of the Democratic Party of Moldova in the Social-Democratic party in the European parliament, who sent messages of encouragement to the government in Chisinau and the PDM presidential candidate.

"Marian Lupu is a intelligent politician and a good leader. I believe that he is able to overcome this challenge, because he believes in Europe and deserves the confidence and the support of people" ,  said the leader of the Social Democrats in the European Parliament, Giani Pittela .

"Marian Lupu listens to people. And it's not just about top EU officials. He knows very well what is required and what is really possible. However, this is very important. He is a reliable partner, a man of his word and knows what he wants. That's why I really like working with him ", said Vice-Social Democratic Group in the European Parliament, Knut Fleckenstein.

Romanian Members of the Parliament, Victor Boştinaru and Andi Cristea have encouraged the actions of the authorities in our country and wished Marian Lupu succes in the presidential election.

"I met a very dear friend today and I dare to say old in the sense of the duration of these relationships with Marian Lupu. This relationship is a pragmatic commitment of our group to support the brother-party, because it is the only guarantor of an European developments of this countries. It is the only party proposing a project that is targeting all Moldovan citizens" , said Romanian MEP, Victor Boştinaru.

"Moldova needs modernization and tranquility, both socially, economically and politically. I wish the President that Modlovans will elect by direct vote to be responsible and aware of the European destiny of his country. I wish Marian Lupu succes, and to Moldova on its own path. " , said Romanian Member of the Parliament, Andi Cristea.

The visit to Brussels was the last one before the start of the presidential election campaign and was dedicated to supporting Moldova's European cause.