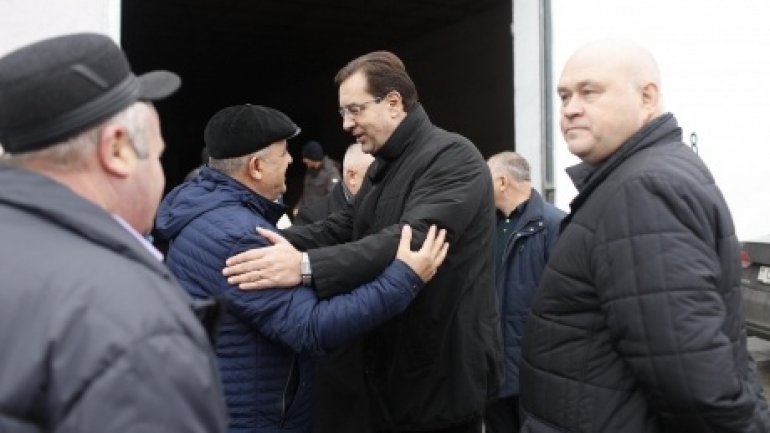 The choice the people will have to make on October 30 is between two big options – to renounce all the good things by canceling the association deal with the EU, to trigger early elections and chaos or to provide a ruling formula for the country meaning not only political, but also economic stability. The statements were made by the PDM presidential candidate, Marian Lupu, meeting with locals from Râșcani district (north).

Marian Lupu has underlined the early elections scenario would benefit only the politicians, not the people, who’ll just have to lose from endless political battles between the president and the other institutions.

"These political conflicts will certainly delay the country’s economic development, unless they freeze it. We saw how much evil the political crisis caused in 2015. It won’t be wise to go for a new political crisis, after we have managed to stabilize the country politically and economically, to unfreeze the external financing," Marian Lupu said.

The Democrats’ runner spoke about the danger Igor Dodon implied, who pleaded for the country’s federalization scenario.

"Dodon has prepared, for Moldova, the federalization and the integration into the Customs Union. The PDM and I will oppose the ones jeopardizing the country’s future," the Democratic leader pointed out.

Marian Lupu has highlighted that it’s crucial that the pro-European people should unite against the danger implied by Igor Dodon.

"It’s very important that the votes of all the ones believing in the European vector of the country’s development should not dissipate to other options and candidates. Come and vote for stability, for results of governance, for a better future, for continuing our way towards Europe," he said.