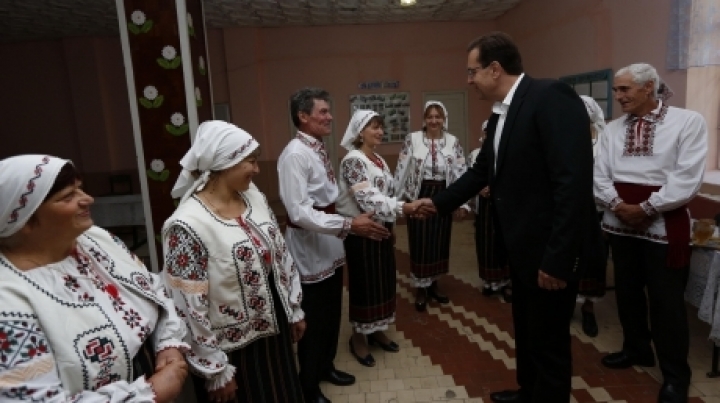 After officially entering the presidential campaign, the Democratic Party leader Marian Lupu went in the territory to talk to people about the problems they face.

In Filipineni village, Leova district, where a festival was held with the participation of older people on the occasion of International Day of Older Persons, Marian Lupu congratulated and wished them health. "So I congratulate you and wish you a long, active and healthy life. You, our elderly, have worked your whole life for families and for our country, therefore deserve our respect and appreciation" , said PDM leader.

Also, the Democratic candidate for President of Moldova said he would listen to people's problems and seek to solve them, because it's the president's job to contribute to the welfare of the country. "A president elected directly by the people loads with the responsibility of voting. A president moves things forward, pull signals, discusses with others in authority and finds solutions" , said Marian Lupu.

Meeting participants discussed several pressing issues, including pension size, lack of jobs, state support for domestic producers. "If they had a well-paid job, the kids would come back home, so they could maintain their family and help us, those with small pensions" (...) We want well-payed jobs,the youth to have where to learn, higher pensions" , said the elderly.

People from Filipeni village said they want more viable businesses, with decent wages. Marian Lupu promised that these people's wishes will be taken into account when he will promote the initiatives as president.

Marian Lupu congratulated the older people today, at the International Day of Elderly, through letters sent to all localities of the country.